Bhram - The Haunted Past is an upcoming ZEE5 Original series starring Kalki Koechlin as a novelist Alisha suffering from PTSD. Check out the promo. 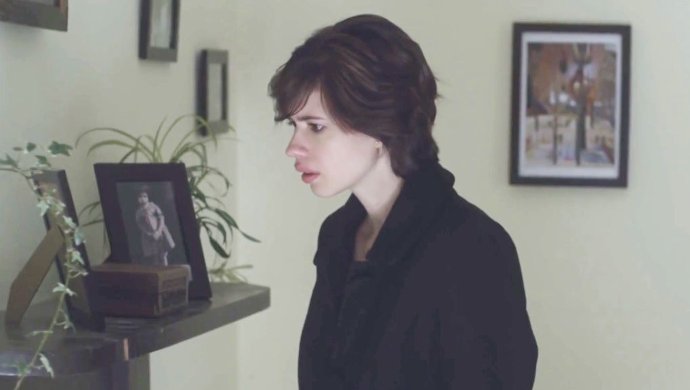 Bhram – The Haunted Past is an upcoming eight-part psychological horror/thriller starring Kalki Koechlin as the protagonist Alisha, a novelist suffering from post-traumatic stress disorder (PTSD). Her character, while pursuing a story, wallows deeper into the burrow house of mystery and suspense. Supported by Eijaz Khan, Sanjay Suri, Bhumika Chawla, Chandan Roy Sanyal amongst others, Alisha experiences all sorts of extremes – paranormal, psychological, physical to name a few. But the question remains, sab bhram hai?

A new promo video of the Sangeeth Sivan-directed ZEE5 Original web series went live on the OTT platform recently. In the trailer of Bhram, we saw Alisha trying to drown herself in a bathtub. She sees a girl sitting on a swing outside her bedroom window. The latest teaser shows Alisha further investigating about a girl who had committed suicide 20 years ago. Viraj (Eijaz Khan) is seen narrating a tragic past incident while Sanjay Suri’s character says ‘we are responsible for her condition.’ It, however, remains unclear if ‘her’ here refers to Alisha or the dead girl. Eerie venues and a one-horned Ukala accentuate the fear factor in this thrilling watch, guaranteeing you chills.

Spilling the beans on her character, Kalki had earlier said in a statement, “Bhram is an intriguing story and the character I essay is really complex. I heard the script and then kept thinking about it for days. It is almost frightening how the human mind works,” she said in a statement about the series. A new poster of Bhram, featuring Kalki and announcing the trailer release date was shared yesterday.

Check out exclusive stills from the shoot of Bhram here.

Bhram will start streaming on ZEE5 from 24 October 2019. Stay tuned for more updates and dope on the forthcoming web series.

Mahie Gill: Just Like Kesar From Fixerr, I Have Done A Lot Of Faux Pas In My Life

Fittrat Trailer: Krystle D'souza's Series Is All About Relationships, Romance And Riches