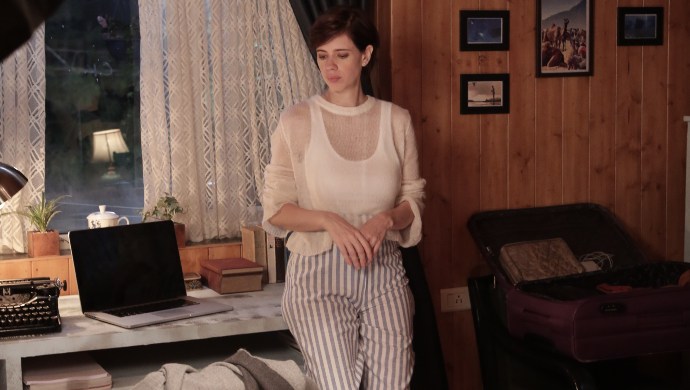 Kalki Koechlin will be next seen in ZEE5 Original web series Bhram. The trailer of the digital drama was released recently and suffice to say, it scares the living daylights out of us. Kalki essays Alisha, a novelist who is hallucinating about a dead girl. But are her vision delusional or a mystery waiting to be uncovered? Bhram also stars Sanjay Suri, Eijaz Khan and Bhumika Chawla in important roles. Going by the trailer of the drama, Bhumika essays Kalki’s sister in the eight-part series.

The one-minute-long video opens to Kalki telling Bhumika that she has seen the house sometime earlier. She freaks out on seeing a girl outside her bedroom’s window, but Sanjay and Bhumika find no one out there. Eijaz’s character Viraj meets with an accident when something suddenly appears in front of his car. In the rushes later, we see Bhumika telling the cop that her sister is missing while he tells her that she has murdered two people. Kalki’s Alisha even tries to drown herself in the tub. The trailer ends with a one-horned Ukala running in the forest, while Alisha asks if there is a girl on the swing? Aankhon ka dhoka ya mann ka?

Watch the trailer of Bhram here:

In Bhram, Kalki plays Alisha, a novelist suffering from Post Traumatic Stress Disorder (PTSD). “Bhram is an intriguing story and the character I essay is really complex. I heard the script and then kept thinking about it for days. It is almost frightening how the human mind works,” she said in a statement about the series. A new poster of Bhram, featuring Kalki and announcing the trailer release date was shared yesterday.

Filmmaker Sangeeth Sivan, who is directing Bhram, explained, “Bhram is a thriller where the story revolves around a novelist who suffers from PTSD. It is a tight script, beautifully nuanced and I hope we are able to translate this on screen. Kalki is a powerful actor and it is amazing how she intently listens and pays attention to every small detail.”

Check out exclusive stills from the shoot of Bhram here.

Bhram will start streaming on ZEE5 from 18 September 2019. Stay tuned for more updates and dope on the forthcoming web series.