Birthday Spl: 10 Things About Actress Taapsee Pannu Every Fan Ought To Know

Not many in the public eye are aware that Taapsee co-runs a successful business of wedding planning! Fact #10 is going to bowl you over. 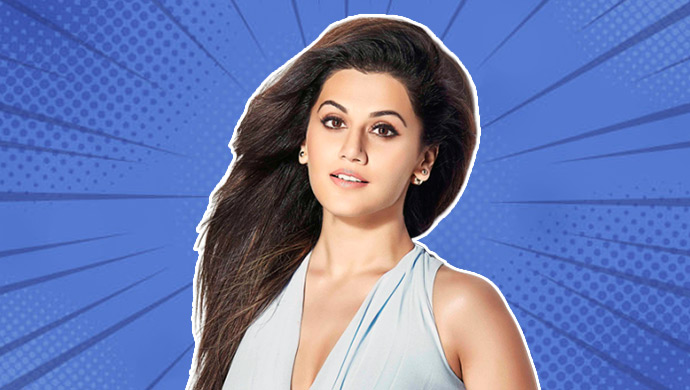 Several films and five years later we have come to associate Taapsee Pannu as the embodiment of beauty with brains. Her watertight acting chops leave no space for mistakes let alone allow monotony to seep in through a teeny tiny hole. She started out as the spirited and bubbly girl with curly hair in David Dhawan’s Chashme Baddoor, went onto to deliver brilliance in a merely 10-minute-long role alongside Akshay Kumar in Baby and that was it. Taapsee had announced her arrival.

With the character of Minal, a sexual assault victim in Amitabh Bachchan-starrer Pink, Taapsee expanded her resume on the boastful side making sure those in her league don’t take her for just a good-looking face. Taapsee is beyond. Her acting is beyond. And Naam Shabana was the much-needed boost to her already booming career stats.

It was an uncharted pathway to a stupendous success, but Taapsee covered lengths with some out-of-the-park blockbusters, a mix of commercial and critical both. Her professional life is an open book. In fact, a master class to versatility. But, it’s about time you get to know her personally. Let’s take a sneak peek into what Taapsee is when the cameras switch off. See what we find!

Aint no holiday without a fun pair of dungarees, head to toe in KOOVS.COM for my Roman Holiday ! #TaapseeXKoovs @koovsfashion 📷: @italy.photoemotion

1. Delhi-born Taapsee is fondly called Maggie by her close ones. Is it the curly mane or there’s a backstory to this?

2. Pannu graduated in Computer Science Engineering from GTBIT and also worked as a Software Engineer before she gave it up to pursue a career in the show business.

3. Taapsee is a squash player and quite a good one.

4. Taapsee is one of the few actresses to have as many as seven films releasing in South India, and as many as four to five in Bollywood in one single year.

5. Not many in the public eye are aware that Taapsee co-runs a successful business of wedding planning. The company is called ‘The Wedding Factory.’

6. Taapsee is fluent in three more languages besides Hindi and English. Speak of talents.

7. Taapsee is a trained Kathak and Bharatnatyam dancer and has won inter-college competitions too. Master of many trades? Hell yeah.

8. Taapsee ventured into the world of showbiz via a pageant by a channel.

9. She loves The Powerpuff Girls. Doesn’t she come across as a mix of Bubbles and Buttercup?

10. The actress does her own stunts. Need no body double!

Mulk or Manmarziyaan – whichever is your favourite Taapsee Pannu film, they are all available on ZEE5! Get set go with your movie marathon now.

Did You Know Kareena Kapoor Khan Had Almost Backed Out Of Veere Di Wedding For Taimur?