Bollywood Mourns For Another Icon, Rishi Kapoor: A Tribute To His Iconic Roles

In the wake of Rishi Kapoor's demise we look back at his best roles and read the early tributes and condolences pouring from the film fraternity. 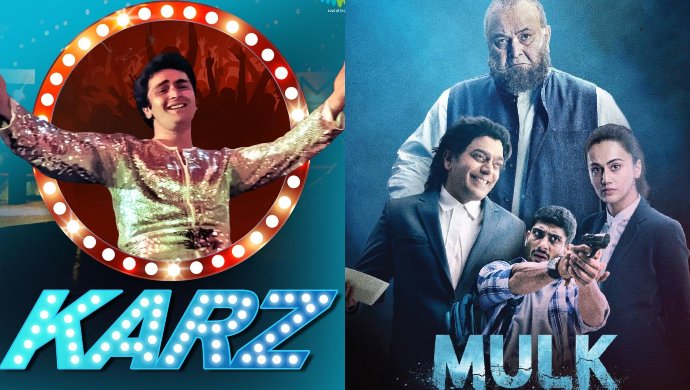 In a week to terrible news for the Indian Film industry, comes the news of Rishi Kapoor’s untimely demise. Rishi Kapoor is amongst the few actors who developed his career playing the chocolate boy and then completely diverged from that roles in his later films. He started his journey with Bobby as the boy next door and soon proved his craft with various roles.

Here’s a message from his family announcing the news of his death.

Our dear Rishi Kapoor passed away peacefully at 8:45am IST in hospital today after a two-year battle with leukemia. The doctors and medical staff at the hospital said he kept them entertained to the last.

He remained jovial and determined to live to the fullest right through two years of treatment across two continents. Family, friends, food and films remained his focus and everyone who met him during this time was amazed at how he did not let his illness get the better of him.

He was grateful for the love of his fans that poured in from the world over. In his passing, they would all understand that he would like to be remembered with a smile and not with tears.

In this hour of personal loss, we also recognise the world is going through a very difficult and troubled time. There are numerous restrictions around movement and gathering in public. We would like to request all his fans and well-wishers and friends of the family to please respect the laws that are in force.

He would not have it any other way.

Ever since the news tributes have been pouring in from from his co-stars and fans who have been with his in his almost 5 decade long journey in films.

It seems like we’re in the midst of a nightmare…just heard the depressing news of #RishiKapoor ji passing away, it’s heartbreaking. He was a legend, a great co-star and a good friend of the family. My thoughts and prayers with his family 🙏🏻

One blow after another. Rishi ji’s passing away is nothing short of a stab to my heart. We associated in Raju Chacha (2000) and stayed in touch through…until now. Condolences to Neetuji, Ranbir, Riddhima & Dabbooji 🙏

My heart is so heavy. This is the end of an era. #Rishisir your candid heart and immeasurable talent will never be encountered again. Such a privilege to have known you even a little bit. My condolences to Neetu maam, Ridhima, Ranbir and the rest of the family. Rest in peace Sir. pic.twitter.com/TR6GVSN4m7

This cannot be true! Rishi sir was my favourite man,and favourite co-star ever! I still remember being nervous around him in Shuddh Desi Romance. He would put me at ease and treat me just like a friend! Will never forget every advice,every joke he told.❤️ #RIP #RishiKapoor pic.twitter.com/dfIi935I0v

Unspeakable grief. Another legend passes away! Blessed to have worked briefly with #RishiKapoor sir in ‘Aurangzeb’ -a great actor, he was as engaging a ranconteur! An artist whose craft grew & sustained across generations! #RIP sir!
There cannot will not be another like you! pic.twitter.com/IOCcqWS35p

If you want to spend this day looking back at some of Rishi Kapoor’s best films here’s a list of some of his most memorable roles in Hindi cinema.

The actor makes for a perfect conventional-looking Muslim Murad Ali Mohammed with his beard, taqiyah (cap) and kurta, pyjama. But aside from looking the part, Rishi plays it well too. The actor is convincing in his role as an enraged man, who is accused of being involved in his nephew’s terrorist activities, because of his religion.

Rishi has a monologue in the film where he addresses the prejudice against Muslims. The actor is powerful and effortless in his act, reminding us on why he is considered as one of the most talented artists in the industry.

Watch his stellar act in the film.

Who can forget Rishi as the adorable ‘Dadu’ in Kapoor and Sons right? The actor plays the fun-loving Amarjeet Kaur secretly enjoys watching adult films and has a huge crush on Mandakini from Ram Teri Ganga Maili. The character has shades of mischief, drama and Rishi convinces us that no other could play Dadu apart from him.

Rishi Kapoor and Neetu Kapoor are memorable as a Sushant and Kusum, a couple hailing from a middle-class background who are on the pursuit of buying their dream car. Rishi as a school teacher is relatable and easy-to-love.

It’s hard to love a character who is vain and much in love with himself but Rishi as Romy Rolly in Luck By Chance, makes it possible. With his funny curled up hairdo and big glasses, Rishi is believable as the self-obsessed and stuck up film producer.

Rishi plays a Sikh in this film and convinces that there is really no character that he can’t do justice to. The actor as the romantic Veer Singh is memorable and can make one go through an array of emotions with his tales in the film.

The 1993 film Sadhana dealt with the subject of abortions before it was socially acceptable to do so. Rishi Kapoor plays the role of a poor but sensitive man who falls in love with a girl who is already pregnant with a child from another man.

Karz might be the biggest film of Rishi Kapoor since his debut in Bobby. This film is a revenge thriller where Rishi Kapoor is the reincarnation of another man and looking for revenge. This film become more popular because of it’s songs and of course Rishi Kapoor’s dance performances.

Which of his roles do you like the most? Post comments in the section below! As a tribute to Rishi Kapoor, here are his best films you can watch on ZEE5.