The actress nails it with her glamorous role in the Zee5 original film. Check out these other films in which Richa stood out. 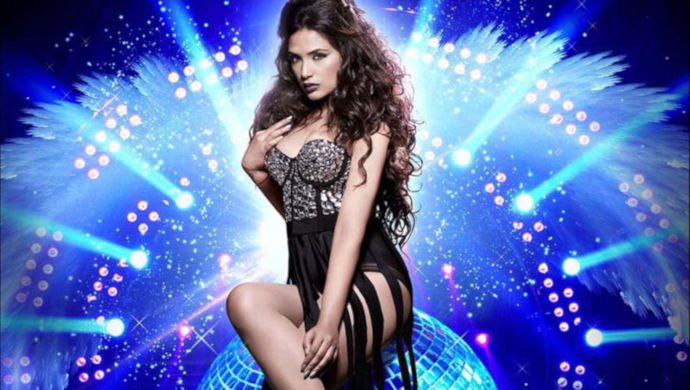 One can’t accuse Richa Chadha of being monotonous when it comes to films. The actress is versatile and has played characters that have taken her out of her comfort zone. It’s easy to mess up here, but Richa has only grown stronger as an actor. Here’s a look at 5 of her best roles:

This the first time we see Richa playing a glamorous dancer in Cabaret and it’s refreshing. The actress may seem like an unconventional choice for the part, given her past rustic roles.  Watch her in a never-seen-before avatar.

But Richa owns the character of Cabaret dancer Rosa with ease. Not only does she play the part perfectly but also looks stunning in her dolled up avatar. Full points!

With her hilarious stint as Bholi Punjaban in Fukrey, Richa proved that no other actress could have played the part with such aplomb.  From the outlandish attires, to mannerisms to the funny tattoos (remember ‘Sinderella?’) Richa pulled off each element of this chapter perfectly.

Richa was put on the map with this thrilling film by Anurag Kashyap. We see her as the rustic Nagma Khatoon, who is bitter and angry with life. The actress’s convincing performance earned her instant recognition and since then, there has been no looking back for her!

We see Richa’s vulnerable side as Devi Pathak, a woman who is ridiculed by society for having sexual relations with her partner. The actress plays the part with such conviction, that it’s hard not to relate to her story and empathise with her.

Though her role was limited as Rasila Sanera in the film, Richa proved that one doesn’t need a meaty character to leave a lasting impression. The actress was as intense and dramatic, as needed for a Sanjay Leela Bhansali film. Adding to that, she also made for a stunning Gujarati woman in her embroidered ghagra-cholis!  Which of these roles of Richa’s do you like the most? Tell us in the comments section below!

You can now binge-watch or catch up with your favourite blockbuster hits on ZEE5 anytime, anywhere!

Watch Parchayee, A Spooky Zee5 Original Series That Will Take You On A Thrilling Ride!