Can You Guess These Bird Species That Operation Parindey Actor Rahul Dev Couldn’t?

In this funny clip on ZEE5, Rahul Dev and Kunal Kumar play a 'Guess The Parindey' game by looking at bird pictures. How many can you guess? 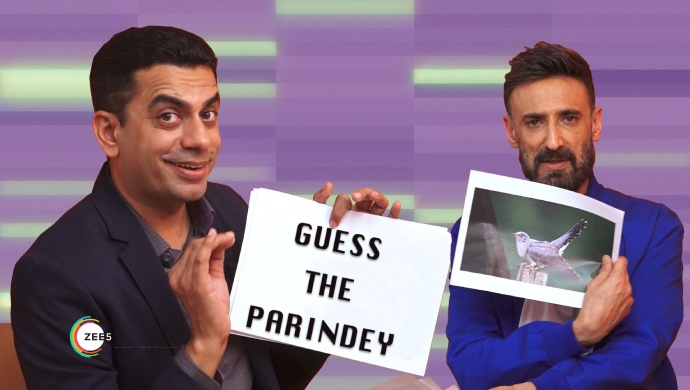 Operation Parindey is a movie about a jailbreak in Punjab inspired by real events. This film is about the intense #24HourChase of Delhi Police arresting the escaped convicts. Rahul Dev will be seen in the role of a terrorist Monty Singh trying to evade Amit Sadh who plays the role of a cop. Popular character actor Kunal Kumar also will be seen as a cop in the film joined Rahul Dev at the ZEE5 offices to promote the film. They played a fun game segment called ‘Guess The Parindey’ where they identified bird species by seeing the photo.

Kunal Kumar reveals that he used to his have a strange connection with bird calls when he was younger. He says that before they had internet and computers to talk to the girl they liked, they had to imitate bird calls to talk to the girl without letting her parents find out. Rahul Dev jokes that the pictures of the birds look like co-stars in Operation Parindey.

Both stars get off to a good start with Kunal and Rahul both guessing the first bird ‘Dodo’ correctly. They guess sparrows and woodpeckers too, but Rahul guesses the Toucan which Kunal doesn’t. Rahul wins the game but both the actors are unable to guess one bird in the list. Watch the clip and let us know if you can guess the bird.

Read more about the most controversial jailbreaks in India where two terrorists and four gangsters managed to escape from a maximum security prison.