ZEE shows will no longer be available on Jio TV (mobile). But you can catch up on all Zee shows, in all languages, on ZEE5 Super App! 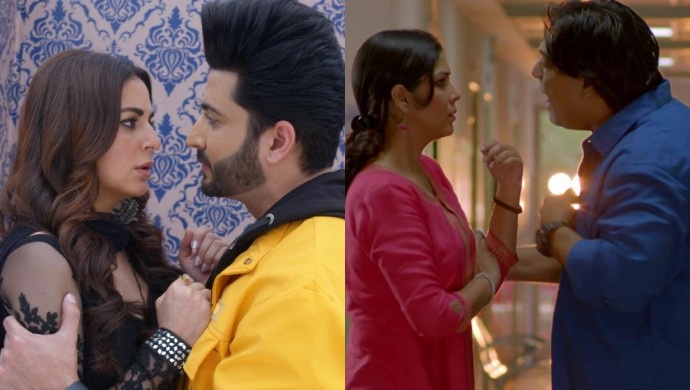 The king of entertainment, ZEE5, has a new gift for you. ZEE5 is a streaming platform for old, young and kids with exclusive content, including shows, web series, and films which will appeal to all ages. The #Lockdown might be a tough situation with more work and less social interaction. Everyone suddenly has become hungry for things to do. What other than entertainment can keep you going at a time like this? Zee TV and &TV shows (including all other languages) will now be available exclusively on ZEE5! That is added masti, mazaa, and so much more entertainment.

Watch an episode of the show Kundali Bhagya that streams on ZEE5.

So, Ranbir’s acceptance of his love for Prachi in Kumkum Bhagya and Mahira’s attack on Preeta’s conscience in Kundali Bhagya is only one touch away. Not just the currently running shows, but the previously run popular shows like Pavitra Rishta featuring Ankita Lokhande, Sushant Singh Rajput, Rithvik Dhanjani, and Asha Negi can also be watched only on ZEE5!

And while you welcome the older shows back, ZEE5 makes sure that you don’t miss out on the newer additions like Asha Negi’s Baarish and the Ram Kapoor, Sakshi Tanwar-starrer Karrle Tu Bhi Mohabbat. These shows are releasing new episodes daily and you can catch these only on ZEE5!

And not just this, ZEE5 has something for everyone in store as it slowly wins the competition in the entertainment industry. What are you waiting for? Open the box of entertainment to stream your favorite shows and ZEE5 originals only on ZEE5.com!

At ZEE5, we believe that for entertainment to come alive, you need to feel it! With 12 Navigational & Featured languages across TV Shows, Movies, Original Web Series, International Shows, Acclaimed Plays and much more – you don’t need to download separate TV Serial, Movie or TV Shows apps or Web series app. ZEE5 brings for its viewers one perfect app that provides latest movies, music, along with original shows in their favourite language. Your search for the perfect movie app ends at ZEE5 App. Enjoy unlimited entertainment with 80+ LIVE TV channels and 100,000+ hours of video content in the language of your comfort for an experience that feels like home.