Farnaz will be haunting us with her scary looks. Here's a sneak peek. 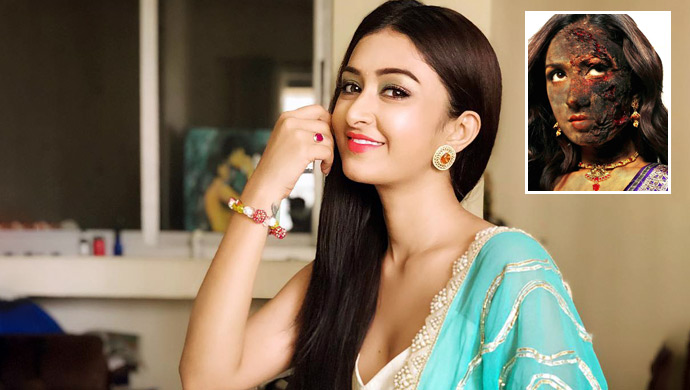 Indian actresses are known to be the perfect example of beauty with brains. While talking about Indian actresses how can we forget our TV actresses who equally work hard to succeed. One such actress is Farnaz Shetty who was popularly known for playing the lead role of Siddhi in the popular show Siddhivinayak. Her fans love her looks and intelligence. But, what caught our attention this time was that the actress became a part of another TV show on And TV. Let’s just skip the guessing part and continue. The actress has made a small comeback on And TV with the horror TV show Laal Ishq.

Watch the horror stories of Love in Laal Ishq below:

Its a great news for all her fans out there to see this talented again. But before you think that’s all, wait! the twist of the story is yet to come as the actress won’t be flaunting her beautiful eyes and pretty smile in the new show, rather she will be haunting us with her scary look. Yes, you heard that right. In the coming episode of Laal Ishq, the actress will be seen playing the role of a ghost where the actress had to do makeup that suits her character.

I said no filter ! #burntmakeup#artistway#artistslife#newtry#burntlook#burntface#laalishq#andtv#neversayno#fsf#loveyourself

Farnaz showed her quirky side up by captioning this picture as “I said no filter”.

This is not the first time our beautiful actress have done makeup to haunt people. Let’s say its a Bollywood trend which is carried by the TV industry.

What was your first reaction after watching this picture of Farnaz? let us know in the comments below.

Watch The Dashing Cop Sangram Bhalerao In And As Simmba