The actress is quite active on social media and uploaded a few pictures of her talent. Continue reading to know more... 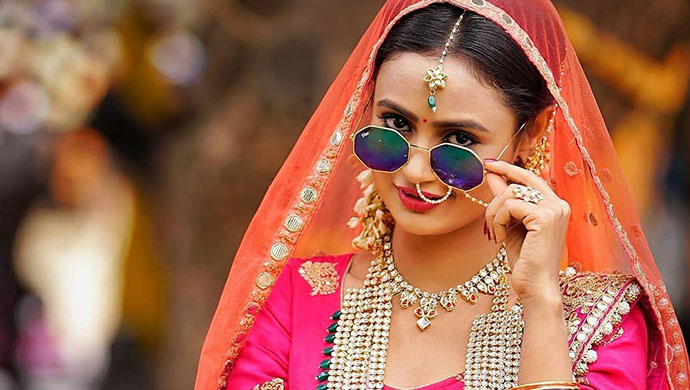 Aditi Rawat made her debut with the And TV show Main Bhi Ardhangini where she plays the role of Vaidehi who marries a widower Madhav. But, the story has a twist in the plot as the spirit of Madhav’s first wife returns. This might seem like a horror-thriller story, but it is not so. The return of the spirit of Madhav’s first wife(Chitra) does come back but not to take revenge but to protect her husband. As surprising as it sounds, this concept is something you wouldn’t have seen before on Indian Television.

We are aware of the fact that our actors work hard and their dedication not only motivates their fans but also inspires them to do more. Recently, what caught our attention was this talent of the Aditi which came as a surprise for us. The actress is quite active on social media and uploaded a few pictures of her talent. Guessing what is it? Let’s reveal it to you, the actress is not only good at acting but also does sketching and she has shared some pictures of her artwork with her fans on her social media, take a look:

Here is the first sketch-post of the actress. And we can say that she has an eye for detail.

The simple is not always easy, and here is the best example.

Our favourite characters always inspire us to do more and for Aditi, Jack Sparrow is her favourite.

I live to make beautiful memories😍 with my friends and families so that I can cherish when they are not around.😐 Have a look at a hand made good bye card by me, for my favourite friend @_choco_moco . We miss you cocopoco😒. Inside this card, I, @a_jar_full_of_hope and @alisha1alam wrote messages for her and bid good bye with heart felt wishes❤️ #friendshipforlife #besties #roommates #instaspecial #instagood #photo #photooftheday #lovefordrawing #artist #actor #actorslife #livelovelaugh #colour #coloursoflife

Art is something that helps you to express yourself, and the actress is no different. In this picture, the actress has expressed her feelings for her friends.

I painted this last night and my heart is full of contentment after a long time. Also, the bottom of my heart wants to thank my friend @a_jar_full_of_hope for pushing me to pick up my brushes, colors and do what I am best at. . . . #painting #colours #loveit #paintmixing #watercolours #brush #photolove #photooftheday #instaspecial #instalike #instafun #photographie #photographer #livelovelaugh #happiness #instagood #instagram #instapainting #blogger #instapic #instacool #instadaily

Sometimes we all need the motivation and our best friends are the best motivators.

The Buddha one is our favourite, which art of Aditi’s did you like the most?