When the princess of Agrabad is turned to stone by Vinashak, Hatim's team travels to the forbidden forest and fights seven monsters to rescue her! 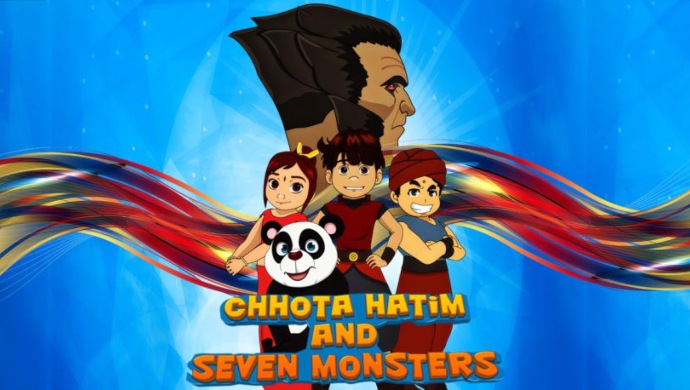 Are you and your children getting bored during the Coronavirus pandemic #Lockdown? Well, don’t worry! India’s largest OTT platform is now the entertainment destination for your entire family. To relive your childhood and indulge in masti to the fullest, ZEE5 KIDS brings you non-stop BachFUN! Ranging from comedy to action and legends to cartoons, it goes across genres and languages. One such story is about Chhota Hatim and Seven Monsters. Here’s all you need to know about the legend and his acts of bravery!

Set in the fictional kingdom of Agrabad, the narrative revolves around Hatim overcoming a sorrowful occurrence. Suryapratap is the king of Agrabad, who is very old and weary. At times, his energy gives up and he finds himself in helpless situations. One such incident occurs at his palace when a powerful magician named Vinashak appears through the floor. Aggressively, he asks for Suryapratap’s eldest daughter, Princess Leela’s hand in marriage!

Leela is disgusted with his offer and this infuriates Vinashak. With magical powers in his hands and rage in his eyes, Vinashak turns Leela into a statue of stone. Suryapratap is horrified to see this and calls Hatim to save the day! Then begins Hatim and his team’s journey to the Forbidden Forest in order to defeat Vinashak and rescue Leela. Leela’s sister, Princess Maya blows a magical bubble to help them reach the jungle. Half-way through, the magical bubble bursts due to Vinashak’s obstructing powers!

The first monster that Hatim encounters is a South Indian giant with horns. After having been punched a bit, Hatim climbs up a tree and takes a jab at the giant, who falls flat to the ground. Hatim then moves on to the next monster named Zabuza who can change form. At first, he is a half man-half tiger, then he becomes a panther, and finally, a blue coloured giant. Hatim defeats all of his variations successfully! A cute panda is rescued by Hatim by fighting the third man-like monster.

One by one, Hatim beats all of the monsters, i.e, the helmet-man, the bald Kung Fu master, etc. Finally, he has an encounter with the deadliest devil Vinashak. They indulge in a heated brawl and both of them fight to the best of their strengths! Does Hatim defeat Vinashak and reverse his evil spell on Princess Leela? Find out in Chhota Hatim and Seven Monsters, streaming only on ZEE5 KIDS!