Chitrangada Satarupa Of Kark Rogue: It’s Nice To Play A Doctor With No Romantic Angle

Chitrangada Satarupa talks about playing the role of a cancer surviving surgeon on Kark Rogue, and goes on to explain why it is a unique story. 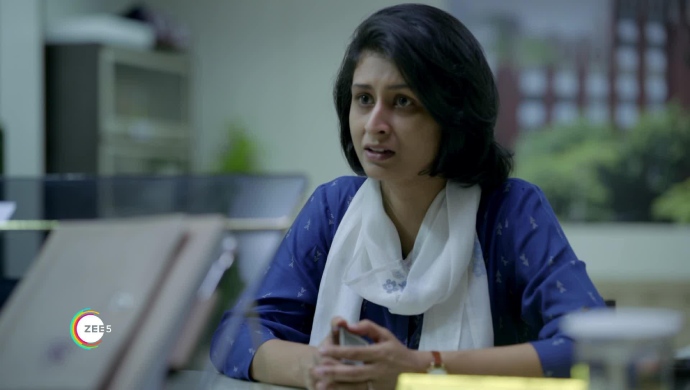 The upcoming ZEE5 Original is not your run-of-the-mill show. It’s a unique story that exposes the dark underbelly of the medical field. It is also the first web series to be shot and released both in Hindi and Bangla. Actress Chitrangada Satarupa, the protagonist on this show, has a penchant for picking such offbeat projects and she was the first to admit it when we sat down for a chat with her about her upcoming show.

1. I’ve seen the trailer and you are almost unrecognizable in real life. Did you change a lot about your look?

So you’re saying I look nice in real life? (Laughs) The makers made me look pale. The makeup was pale with a lot of dark circles. This is because I’m playing the role of a breast cancer survivor. So obviously she cannot look glorious and shining. I didn’t have to lose any weight but I did wear loose clothes.

2. Why did you choose to play this role?

I didn’t choose the role. I had to audition for it. I wanted to go through a screen test for this part because she is the protagonist and quite a strong character. There are very few of such roles out there. She’s idealistic and will not turn a blind eye to anything wrong. She’s also layered because she is going through post surgery depression. It’s not always you get to play a post-mortem surgeon who does her job. Usually all doctors on screen are only having love stories.

3. How did you prepare for the role of a surgeon?

We met actual surgeons to find out what their life is like. There was always a medical professional on set who explained the medical terms to us, showed us how to hold a scalpel. Basically making us look like we are real doctors and not art students who are clueless  about the medical field. But it’s not just those technicalities. The character I am playing is also going through a lot of emotions. I read a lot of cancer survivor interviews, because I haven’t been through that pain. My mother is a filmmaker who made a documentary on breast cancer survivors. I even read her research pieces. I internalised this research and then used it for my character on Kark Rogue.

4. How was the experience of being part of the show made in both Hindi and Bangla?

I think it is very convenient to watch now. I told my friends from Kolkata to watch it in Bangla because the show is set there to give that authentic feeling. For my friends in Mumbai I asked them to watch it in Hindi. They will enjoy it like they enjoyed Kahaani ( a mystery thriller by Sujoy Ghosh), where everything was based in Kolkata but they spoke Hindi. It was a task to remember my lines in two different languages. But it was a good challenge for me.

5. Which language are you most comfortable with?

Obviously Bengali, as it is my mother tongue and I think in Bengali. But I have done a lot of Hindi theatre in Bombay too, so I have no preference in languages. I feel the role should be good. The language or length of the role doesn’t matter to me.

6. If you had to name 5 reasons people should definitely watch the show what would it be?

Firstly it’s a fresh idea. I’ve not seen many shows talking about the business side of the medical field. Secondly, there’s no artificial approach to it, everything is authentic. It is a very layered story since it’s about a cancer survivor and there’s the whole medical thriller also going on simultaneously. The whole cast has done a good job, even if I exclude myself from it. (laughs) And lastly, I think it is shot very well. The Director of Photography, has done a great job because he has used minimal lighting to make it look as real as possible and I think it is a great experiment.