500 years after Columbus' discovery of America, the animated movie recaptures the time when he rose to glory as the greatest voyager in the West! 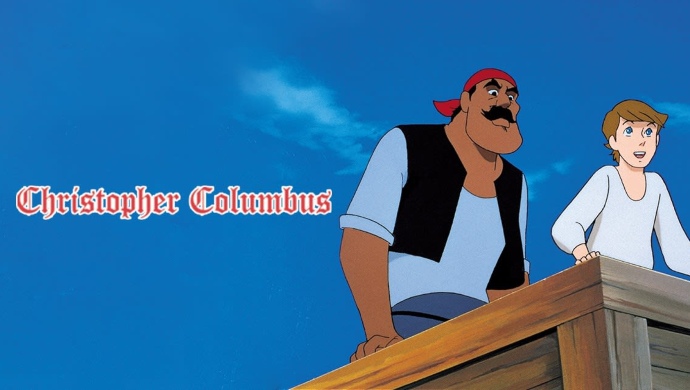 Did you know that movies could be a kind of schooling for your children? Well, the advent of ZEE5 KIDS has ensured entertainment for the entire family on India’s largest OTT platform. While children are staying at home due to the Coronavirus pandemic #Lockdown, they can learn through TV shows and movies. If you want to know the real-life legendary story of the greatest Italian explorer and voyager, Christopher Columbus: The New World is the perfect movie to watch. Here’s the decoded history behind the discovery of America through an animated and dubbed Hindi film!

In the film, Christopher Columbus is born to a wool weaver in Italy in the 15th century. He is unhappy with his king and queen and decides to rebel against them. As he has learnt to sail at a young age, he leaves on a ship for France and Portugal without informing his family or rulers. The ministers at the king’s court get worried because this sea journey could be dangerous for their overseas trade and business. But the queen, in all her wisdom, encourages the trip and is ready to even sell her jewellery for its expense!

He is summoned on a horse before the king and appointed as the captain of the ship that would voyage across the Atlantic Ocean. With blessings and good wishes, he sets off. He faces difficulties while beginning his expedition because international waters are not open for explorers and voyagers. Overcoming the first hurdle, he harnesses the power of wind and propels the ship forward, carrying immense determination in his heart!

On his journey, he ports at an aboriginal land and names it San Salvador after the helper who protected his ship from dacoits on the way. He meets his young son, Diego, and saves his pet cat from danger. Diego is said to be inspired by Columbus for the rest of his life. Further on his route, Columbus encounters Dona Patris who lends him her pendant as a lucky charm for his safety. Columbus then sets off to a large island in the west, named Cuba.

Racing against volcanoes and storms in the ocean, he reaches the land of Spain to learn their law and order. He also adapts to the culture of Native Americans who eat lobsters and wear feathers on their head. Gradually, discovering one piece of land after another, he succeeds in mapping the area which is now known as the United States of America and returns to his homeland to carry on the responsibilities of a captain!

Do you know how many times Columbus voyaged across the Atlantic Ocean? Let us know the answer in the comments section below.

Get all the live updates on Coronavirus on ZEE5 News section, streaming now.

Watch 'Chhota Hatim and Seven Monsters', an animated movie for FREE on ZEE5!

Heartbeat Review: A Short But Deep Film About Love, Loss, And Life After Death, On ZEE5

Food For Thought Short-Film Review: Shattering Gender Roles In The Quirkiest Way Ever!