Daayan Highlights: Saptrupa The Powerful Witch Is Freed By Janhvi

Though she has the power to fight the Daayan, will she agree to take Janhvi's side or will she join Daayan? 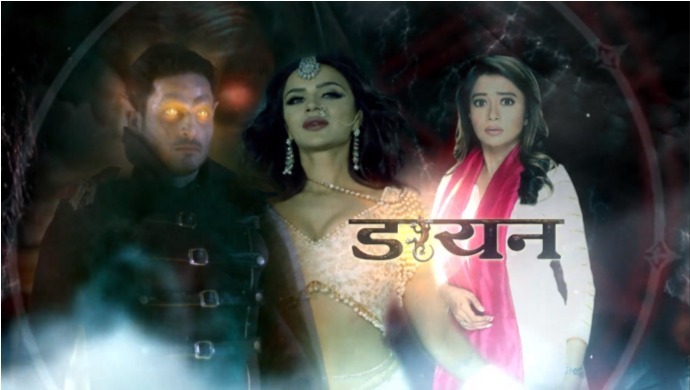 Previously on Daayan, Janhvi finds out that Saptrupa who is more powerful than Daayan is in a red stone which is with the Daayan. Akarsh then comes into the room and brings a dress for Janhvi as her birthday gift which he wants her to wear in the party. Janhvi then asks that she wants something of her own wish, Akarsh asks her what she wants. Janhvi then asks him to bring the red stone which is with Daayan.

Watch the latest promo below:

As we earlier came to know about the Saptrup as she has 7 disguises hidden behind a single face. Jahnvi then connects the dots that solves the riddle and comes to know about Saptrupa is a powerful black magician who is guarding Jeevyani mani. In the promo of the upcoming episode, we see Janhvi walking towards a mansion and everything around is dark and frightening. Janhvi then comes near a statue of a lady and rubs two stone to each other just like the way she did it to turn the king into ashes.

Just then some lights are seen in 7 different colours which blend together and a lady comes out of it. As we all know she has the power to finish the Daayan but we are not sure if she is on whose side. As we heard from the king that Saptrupa very powerful and smart and if she decides to be evil then who will save Janhvi and her family?

The character of Saptrupa is played by the popular actress Aashka Goradia.

The question remains, will Saptrupa help Janhvi, or not? Keep watching to know more.

Watch the popular web series Rangbaaz in your own language on ZEE5.

Watch The Fakir Of Venice Exclusively Streaming on ZEE5