Daayan New Promo: Was Janhvi’s Sacrifice A Waste Or Will Aakarsh Avenge Her Death?

Aakarsh remembers everything about Janhvi but it seems he is too late to save her. Will he avenge her death or will he let his mother's cruelty win? 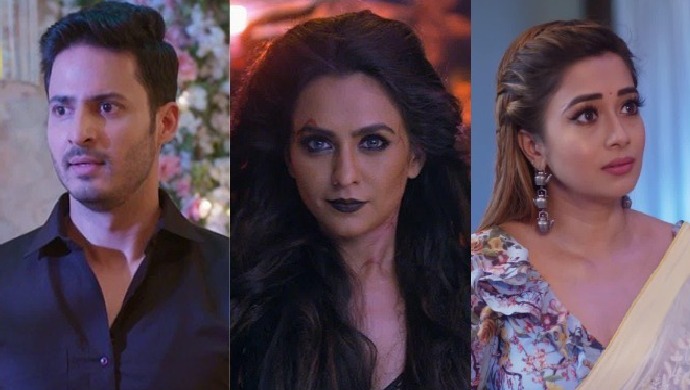 In the recent episode of the horror show Daayan, we saw something that sent a chill down the spine. Janhvi, the main protagonist of the show was killed by the Daayan. To be honest, we as audience expected that somehow Aakarsh would come to save her but that didn’t happen. The show is now at a point where no one is able to predict anything about its upcoming story and twists.

Take a look at the preview of the next episode below:

Aakarsh (Mohit Malhotra) was our last hope but even he couldn’t save Janhvi (Tina Datta) from Daayan. We can’t even blame him because he was under the influence of Satrupa who used a herb to make him forget Janhvi. Even after using the herb, Aakarsh felt that Janhvi was in danger and she needed his help. When he decided to go and save her, he was too late as Daayan had already killed her.

After Janhvi’s death, Aakarsh regains his memory and remembers everything about Janhvi and regrets for not being able to save her. Prachi hears Satrupa (Aashka Goradia) and Chandrika’s conversation as they discuss using the herb again on Aakarsh so that he will forget Janhvi forever. She immediately tells this to Aakarsh and the family. Aakarsh finally decides to avenge Janhvi’s death by killing his mother. When he goes to Daayan Lok to kill his mother, she warns him that she will remove him from the Daayan community.

What do you think will happen in the next episode? Will Aakarsh kill Daayan or will he die fighting against her?

Let us know your thoughts in the comments section below with the hashtag #Daayan.

Do you love watching horror shows? Watch Laal Ishq, a TV shows which is based on love stories turned into horror.