Death Of Mahatma Gandhi: A Look At Ambedkar-Gandhi’s Complex Relationship This #MartyrsDay

As we remember Mahatma Gandhi's assassination, we look back at the complicated relationship he shared with Dr. B R Ambedkar, until his death. 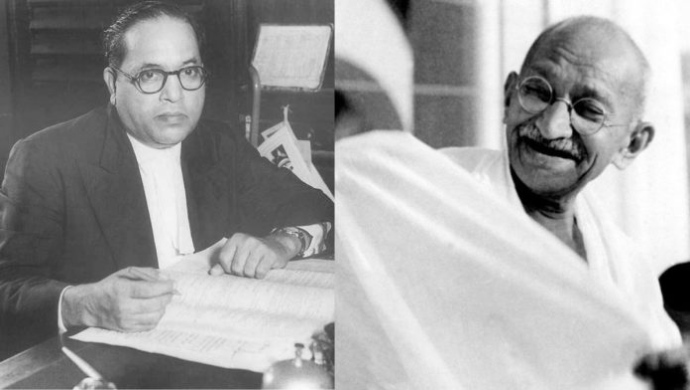 Mahatma Gandhi’s assassination is remembered across the country on 30 January. In more recent years, a lot of questions have been raised about Gandhi’s status as a Mahatma. Throughout their life, Mahatma Gandhi and Dr. Babasaheb Ambedkar had a difference of opinion ideologically and politically. Ambedkar has described his relationship with Gandhi by questioning his status as a Mahatma. He said, ‘I know Gandhi better than his disciples. They came as devotees and only saw the Mahatma. I was an opponent and I saw the bare man in him. He showed me his fangs.’

Watch Gandhi My Father, a movie based on Mahatma Gandhi’s life here.

They disagreed on their religious beliefs. While Dr. Ambedkar decided to give up religion and denounce Hinduism, Gandhi believed that ‘religion is not a cloak that can be shed at will’. They disagreed on Humanitarian issues when it came to dealing with the Dalits. While Gandhi saw the caste system as a sin of Hinduism, Ambedkar was adamant that Dalits were an oppressed section of society and need to form a different religion of their own to win back their rights.

Their opinions on the future and development of the country also clashed. While Gandhi believed in a village centred model of ‘Ram Rajya’ with village communities which would avoid industrial development. Ambedkar felt economic and industrial development were important for villages. He felt that villages were the cesspool of backward thoughts and Dalits would have to move to cities to eventually get their rights.

On the eve of Gandhi’s death, Babasaheb Ambedkar saw the positive side in this snide remark saying, “As the Bible says that sometimes good cometh out of evil, so also I think good will come out of the death of Mr Gandhi. It will release people from bondage to supermen, it will make them think for themselves and compel them to stand on their own merits.”

While they might not have always agreed on important issues Babasaheb Ambedkar and Mahatma Gandhi’s relationship is a good example for our times. They prove that it is possible to engage in peaceful debates and disagreements with people whose ideology and beliefs are different from yours without resorting to violence. A lesson that is vital to the times we live in. Watch Babasaheb Ambedkar’s biopic ‘Ek Mahanayak: Dr. B R Ambedkar‘, streaming now on ZEE5.

ZEE5 Brings You February 2020 Lineup With Double The Entertainment And…