Dia Mirza: I Have Worked With Only 2 Female Directors In My Career, That’s A Sad Statistic 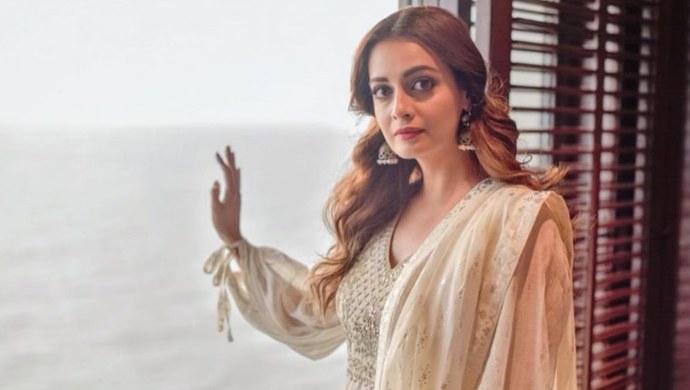 Dia Mirza is all set to make her digital debut with ZEE5 Original web series Kaafir. She plays a Pakistani woman Kainaaz Akhtar, who ends up in an Indian jail through a series of strange events. Dia’s character Kainaaz gives birth to a girl Seher (Dishita Jain) in prison. The heart-touching story also stars Mohit Rain opposite the actress. Written by Bhavani Iyer, Kaafir has been directed by Sonam Nair and produced by Siddharth Malhotra and Sapna Malhotra.

Ahead of the release of Kaafir, Dia sat down with us for an exclusive, freewheeling conversation about her very first web show. Here are the excerpts from the interview

Kainaaz is a product of circumstance like all of us are. I think many of us become who we do because of what we experience. All I can say is here is a woman, who is being thrown into extraordinary circumstances that challenge the essence of freedom in all its contest – personal, social, national; what she becomes and what she makes out of it and who are the people that propel that change.

2. How did you prepare for such an emotionally challenging role?

Because of so much what she experiences is internal, it was necessary for me to go inward and find the truth in all her experiences. One of the things that I needed to do was really understand her history and her present circumstance and from there then, of course, the person she evolved into. Going into history and circumstance this person has experienced is easier said than done. It needed a lot of work. One of the things we did was workshops with Atul Mongia, who really helped. I love his process. His workshops are called ‘Acting and the Self.’ What he really works on primarily is the human being and he helps an actor achieve a place of truth with the character. By the time you are done with the workshop, the aim is to be in a place the character as opposed to trying to be the character and not act just become. In that process, one finds a voice, one finds a body language, one finds a context, a texture, all of that and it is quite revealing. It was great fun because I love workshops. I really enjoy the process of preparing and getting into the character.

The other thing one needs to do is kind of associate strongly with the timeline the story is set in. The story starts in 1997 and goes all the way to 2005. What was the socioeconomic atmosphere at that time, what was happening, what were women thinking what were they feeling, what kind of civil liberties did women not have, especially in context to the story, because that I think is the creative essence? All of that in some way kind of influences your response to every circumstance that you find yourself in the narrative. Preparing a playlist, the songs kind of become a sensory recall for you. The character goes to certain really dark places and they are very inward, so music really helps. It helps to kind of go back to that associative calling card and you can refer to when you have to go back to the place.

Readings with the cast, the director were really helpful. We found the tone, texture, and taste before we went to shoot. Of course, once you start shooting and living the character, new things come from it. But it really helps to go prepared, then the lines are your own, the moments become your own and very little feels like a job.

3. Did the picturesque locales of Himachal Pradesh help?

It helped to go away from the city manic, family, and into a place that was so natural and beautiful. It just created a zone for us and there was absolutely no distraction, nothing to take our attention away from what we were doing. Even if we’re clocking 15-16 hours of a work day, I never went back tired a single day. The environment was so energizing, you are looking at the snow-capped mountain, lush green trees, new blossom emerging, it just infuses you with so much peace and calm. Even though you are physically long hours, you don’t feel tired.

4. You also made some new friends during the shoot of Kaafir – you played basketball with kids, found some furry friends.

Because the show is intense, I made a conscious effort to break away from it and do something outside of the realm of work whenever I could. Because you need to know what outside is like, you need to go to places that give you the energy to go back to where you need to go. Whether it was a short skirt of a basketball game with the local kids or flying kites in between shots or just trekking or sitting by the river and meditating, these are things that like really helped.

5. Kaafir is a strong story written by Bhavani Iyer and directed by Sonam Nair. However, this is your second collaboration with a female director in 18 years! Tell us about that.

Early on in my shoot, I realized that Sonam Nair is only the second female director I have worked with in a career spanning 18 years. That’s a really sad statistic. It is not a conscious choice, we just don’t have enough female storytellers. Would it have been different if a man had directed Kaafir? I don’t know because I don’t undermine the empathy of a man. I know enough men who are deeply empathetic and can tell very powerful stories. But I think there are certain stories that need the feminine instinct. The female instinct. Now that I am done with the shoot, I can easily say that Sonam’s sensitivity and empathy are intuitive. That guides the way she stages a scene, the way she captures a performance. She is a remarkable human being. This story needed that kind of empathy, it needed that kind of sensitivity. She, of course, said this is not my space, she has largely done comedy, she hasn’t done human drama. When I got to know her, I was like you are all of this and more. You just have to allow yourself to be this person. Very often we short-change ourselves depending on what we can and cannot do.

Kaafir premiers on ZEE5 on 15 June 2019! Stay tuned for more updates about the ZEE5 original series. Are you excited to watch Dia make her digital debut? Show some love for the actress in the comments box below with #HumanityIsMyReligion #KaafirOnZEE5.

Sara Khan Finally Admits Being In A Relationship With Agnifera Actor Ankit Gera! In PICS