From leading entertainment portal to industry bigwigs and viewers, check out what is the verdict of ZEE5 Original web series Kaafir. 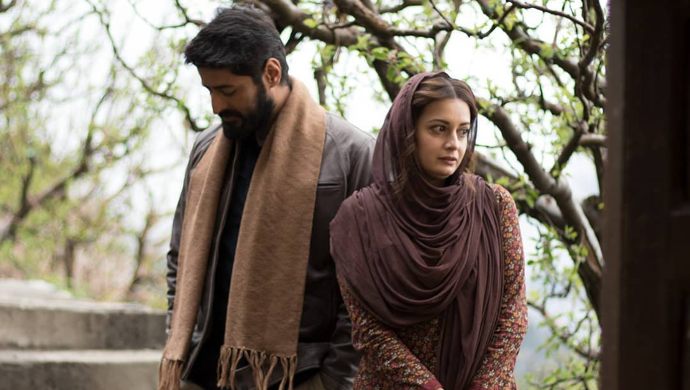 The prevalent tensions between India and Pakistan have made way for several scripts in Bollywood. Kaafir, a ZEE5 Original web series, too shares a similar theme. However, Bhavani Iyer’s writing and Sonam Nair’s direction in this Dia Mirza, Mohit Raina-starrer digital drama is unlike any other. Yes, Indo-Pak conflict is one of the main narratives running through the episodes, but more importantly, the show is a lesson on humanity, like we said in our review earlier. Kaafir started streaming on ZEE5 on 22 June 2019 onwards. It traces the story of a Pakistani woman Kainaaz Akhtar (Dia Mirza) who gets falsely accused of terrorism and is jailed in India. Lawyer-turned-journalist Vedant Rathod (Mohit Raina) embarks on a mission to send Kainaaz and her daughter Seher (Dishita Jain) safely back to Pakistan with due respect.

On the very day of its release, Kaafir created a stir amongst viewers and sparked a discussion much needed. Sections of the press and viewers, both, applauded the brilliant acting by Dia, Dishita, and Mohit while also backing the powerful message – ‘Humanity is my only religion.’

The movie has been well received, both by viewers and critics. It has been applauded by everyone who has seen it. Firstpost gave it a 4-star rating and said, “Kaafir attempts to inject hope, peace, and goodwill within a system marred by hatred and prejudices. But what is more delightful is that it does so organically and with ease, instead of banking heavily on jingoistic didacticism, a stance which most creators tend to take.” The Quint said in its review that, “‘Kaafir’ turns out to be a complete package, with an engaging storyline, strong script and powerful dialogues,” giving it 4 stars. The Indian Express too hailed the ZEE5 Original as “promising.” Desimartini gave 4/5 stars writing, “Dia Mirza tears up the screen with her searing glances.”

In.com gave it 3 stars out of 5 and raved about little Dishita’s performance in its review, “The chit of a girl also excels at delivering difficult dialogues with supreme ease whenever the need arises.” PeepingMoon.com praises, ” Dia and Mohit are pitch-perfect, belting out heart-rendering performances in this Siddharth P Malhotra and Zee 5’s collaboration,” giving the series a 3.5/5 rating.

Meanwhile, Twitter has been flooded with positive remarks for Dia and Mohit’s Kaafir.

Bipasha Basu loved Kaafir and was choked at many places.

@deespeak Dia my love … #Kaafir choked me at so many places… your and Mohit’s characters touched me and my heart and made me cry … you and your entire team are brilliant.
Loved loved Kaafir. God bless you all🙏

Saw all of #Kaafir ..It’s so human, so special..Needed time to process my emotions cos it made me smile, weep, feel torn all at once. @mohituraina u r so gifted, so wonderful. @deespeak ur best work..beautiful! Lil dishita is an angel. Congrats to the entire team❤️🙏🏼 @chink_ster

Film and TV actor Annup Sonii called it a brilliant watch in his tweet.

Devraj Sanyal tweeted that he and Nikita Sanyal were blown away by Kaafir.

Just finished #Kaafir on @ZEE5Premium & hand on heart it blew me & @NikitaSanyal away with its sheer ability to tell a hardhitting story with its lead actors @deespeak @mohituraina doing immense justice to their roles, @sonamnair killing it on #BhavaniIyer’s riveting story. pic.twitter.com/IjD5oMTVgZ

Watching #Kaafir feels like living with characters Kainaaz & Vedant, every scene is so beautifully picturized, Especially when Kainaaz cried after getting the news of her father’s death it gives you goosebumps. Series close to heart and mind.@deespeak @mohituraina @sidpmalhotra

@deespeak loved each episode of Kaafir.. you and Mohit Raina are fabulous! Binge watched the full season in one go. Very emotional story with a strong message for neighbouring countries. Wishing you good luck!

#Kaafir on @ZEE5Premium is the most beautiful series you will watch rt now. Career-best performances by @mohituraina @deespeak , authentic direction by @chink_ster , amazing cinematography & art direction, great message, this series is just perfect. Must watch!!

#Kaafir is defo the bestest webseries. fantastic perf by @mohituraina @deespeak touched my heart in a way that I had tears with every scene…no words can do justice to define the beauty of this show…the underlying emotional bonding was so subtly but beautifully shown

Just finished watching #Kaafir. Words are actually short to describe such a beautiful show. It was a delight to see @deespeak and @mohituraina together. Such beautiful series should be made time n again, which opens your mind and eyes.

What are you waiting for? Watch Kaafir now exclusively on ZEE5.

Why We Feel Kriti Sanon's 'Bitti Mishra' Is The Real Badass Babua?