Did You Know Acting Is Not The Only Thing Saumya Tandon Does on Bhabi Ji Ghar Par Hain?

Apart from acting, Saumya has an important contribution to Bhabi Ji Ghar Par Hain, which will make you love her even more. 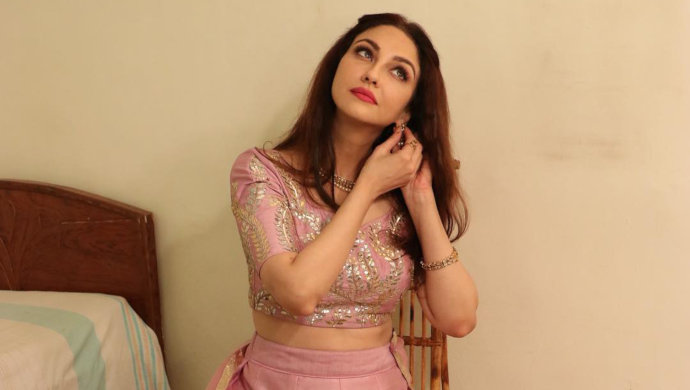 Saumya Tandon is one of the most fashionable TV personalities in India. Currently, the actress is in the happiest phase of her life. She is popularly known today by her screen name Anita Mishra on popular TV show Bhabi Ji Ghar Par Hain. Apart from her impeccable comic timing, she has received praise for her beautiful contemporary look in the show. From her sarees, suits, lehenga to gowns, everything proves that she is a true fashion icon. But, not many would be aware that apart from acting, Saumya also has an important contribution to make on the show off camera and it’s something related to her amazing onscreen look. But first, take a look at her performance on the show:

Saumya is also the costume designer of the show Bhabi Ji Ghar Par Hain. The actress has designed her own look and even makeup. Her name even appears in the opening crew credits as the ‘Costume Designer’ along with Nisha Bedi Rai.

In one of her earlier interviews, the actress mentioned that at the beginning of the show when she had signed the contract, she had made it clear to the producers that she will manage her own designer and makeup. And from that day, Anita Mishra’s costumes and makeup were her responsibility only.

After receiving such appreciation from the audience, the actress opened up on why she chose to design her character’s look in the show. She said in an interview to a leading daily, “I am making and using my own clothes, because I am very particular about my look and because I have an interest in clothes. That’s not all. Anisha Shetty (her stylist) has also been doing a lot of back-end work and we work as a team. I have not kept a style and have just kept on changing colours. I have worked out saris, suits, a gym look, a night look and an Indo-western look as well. Usually, what we see on TV is that actresses wear the same kind of sarees, but the colours keep changing. They look as if they are in a manufacturing unit. However, I have kept my outfits quite distinct from each other. There is no over dressing and I have used georgettes and chiffons, I have used different styles of blouses. I just follow one mantra, ‘less is more’.”

Laal Ishq: 9 Spooky Stories About Witches And Black Magic That Will Ruin Your…

Well, no doubt our Gori mem is superb in handling this and the result seen onscreen is the ultimate proof.

Did you know about this fact earlier? Let us know in the comments section below.

Starring Ishaan Khattar, 'Beyond The Clouds' Is A Movie Which Worth Watching