Did You Know Beni From Happu Ki Ultan Paltan Has Worked In These Bollywood Movies? 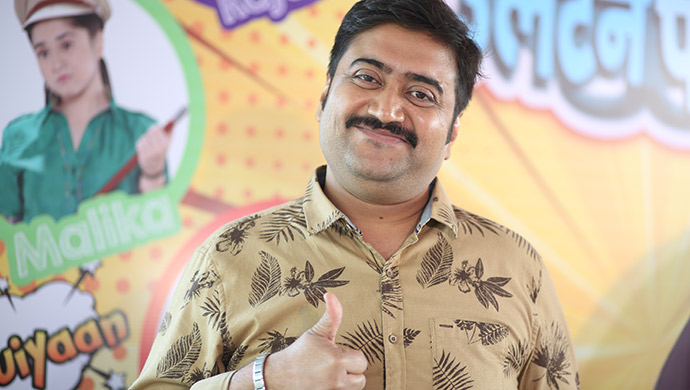 The popular sitcom, Happu Ki Ultan Paltan is a perfect family entertainer and we hold no doubts about it. The characters like Happu Singh, Amma and Rajesh have become household names now. Not only the lead actors but also the supporting actors like Kamlesh and Beni have become our favourite. If you have been following the show, then you must be aware of the fact that despite being unmarried, Beni gives perfect solutions to solve Happu’s household problems.

Watch his performance on the show below:

The character of Beni does not fail to surprise us with his quirky solutions. Vishwanath Chatterjee, who essays the role, has surprised us even in real life with the list of movies he has worked in before playing the character of Beni. So, without wasting much time lets take a look at his roles from these popular movies.

Remember Kartik Aaryan aka Guddu’s elder brother who desperately wishes to get married and is jealous of his younger brother? Yes, that’s our dearest Beni aka Vishwanath Chatterjee. The funniest thing is that even in the movie, he is searching for a bride.

We are pretty sure that you did not recognize him in the movie (even we couldn’t). Chatterjee played the role of the police inspector Shekhawat who catches Madhu and Parthavi and helps Ratan Singh in the popular movie Dhadak.

We must say that the actor looks totally different in this look. He played the role of the secretary of the main antagonist in the Emraan Hashmi starrer Raja Natwarlal.

Indeed this actor has made the title of the movie “Phata Poster Nikla Hero” come true. He has played a lot of roles in his career and each different from the other. In this movie, he was seen as one of the friends of Shahid who tries to fool his mother about his career.

Okay, if you are unable to remember this scene. This was one of the scenes from the movie “Jayantabhai Ki Luv Story” when the heroine goes for a job interview and meets our dearest interviewer.

Ah, this one is our personal favourite! Its time to get nostalgic as this was the movie that made us fall in love with its songs and especially its lyrics. Before we get off track let’s come back to the main topic – Ranbir Kapoor and Katrina Kaif starrer “Ajab Prem Ki Ghazab Kahani.” Chatterjee played the role of Ranbir aka Prem’s friend Chander. If we are not wrong it was his love story that made Prem fall in love with Jenny.

Did you recognize him in all the movies? If yes, then let us know in the comments section below.

Watch the blend of comedy, action and thriller in the movie Simmba, on ZEE5. It stars Ranvir Singh and Sara Ali Khan in lead roles.