Coincidentally both actors, Saanand Verma and Salim Zaidi, have worked with Big B through a common connection. 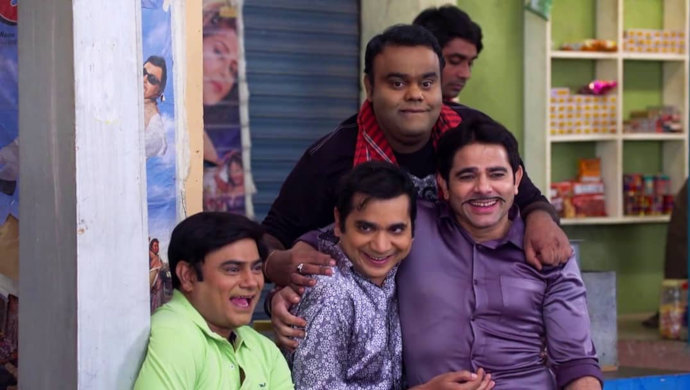 Amitabh Bachchan is an inspiration to many in the film industry and otherwise. There are numerous admirers out there who have grown up watching his movies. Undoubtedly, the greatest actor Indian cinema has ever produced, working with him will always be on every actor’s wish list. But, certainly, only a few lucky ones of them get this golden opportunity of sharing the screen space with him.

Among them, not one but two of our favourite actors from Bhabi Ji Ghar Par Hain got to work with Big B much before the popular show went on air. No points for guessing, it is actors Saanand Verma and Salim Zaidi, who play the roles of Saxenaji and Tillu respectively. The talented actors have become a household name, thanks to And TV’s popular show. Have a look at their performance in the show:

Both these actors worked with Big B (individually) while shooting for a promo of a television game show which is hosted by the megastar. Saanand and Salim have shared this priceless moment of meeting and working with Big B on their respective social handles. Take a look at the pictures shared by them here:

Indeed, it is a proud moment for everyone’s favourite Saxena Ji and Tillu. And what a sheer coincidence it is that they both worked with him through a ‘common connection’, much before they became a household name, courtesy Bhabi Ji Ghar Par Hain. Don’t you agree with us?

Did you know about this fact earlier? Let us know in the comments section below.

Watch the popular web series Rangbaaz in your own language on ZEE5.

Meri Hanikarak Biwi Upcoming Twist: Ira and Mishri To Meet With An Accident