Did You Know Bhabi Ji Ghar Par Hain’s Saxenaji Has Worked With These Bollywood Celebs?

Before Bhabi Ji Ghar Par Hain, Saanand Verma aka Anokhe Lal Saxena has shared the screen with these Bollywood actors, you didn't notice! 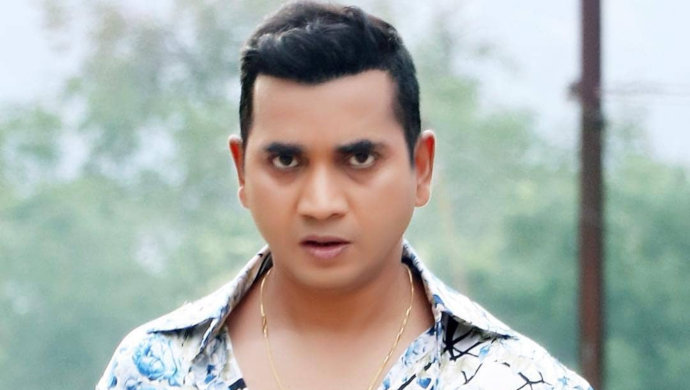 Actor Saanand Verma aka Saxenaji from And TV’s popular show Bhabi Ji Ghar Par Hain enjoys a crazy fan following, without a doubt. Over the time, his antics, weird expressions and not to forget his signature catchphrase ‘I like it’, everything has turned into a rage among his fans. Speaking about his performance, do you remember the episode wherein Saxena Ji disguised as Saxeni to enter Tiwari’s new year party, have a look:

However, not many of his admirers would know that the talented actor (before Bhabi Ji Ghar Par Hain) has also got the opportunity to work with some prominent A-List Hindi film actors. And to our surprise, the list includes names from megastar Amitabh Bachchan to superstars like Aamir Khan and Salman Khan. Yes! You read that right.

Amitabh Bachchan: Saanand got to share the screen space with megastar Big B while shooting for a promo of a television game show, which is hosted by him. Indeed, it would have been nothing less than a proud moment for him as an actor to work with none other than Big B.

Abhishek Bachchan: Yet another TVC, this time of a popular mobile phone where the actor got a chance to work with Jr. Bachchan, Abhishek Bachchan. It was one of the most popular ads at that time.

Aamir Khan: The actor worked with Bollywood’s Mr. Perfectionist in a television advertisement for a popular cable provider. Isn’t that great?

Rani Mukerji: This was the first time when the actor got to work on the big screen. He had a small but pivotal role in crime thriller Mardaani (2014), and his all scenes were with none but versatile actress Rani Mukerji.

Salman Khan: The TVC was of a fitting supplier wherein the saanand got a chance to work with the Dabangg of Bollywood, Salman Khan.