Did You Know Kareena Kapoor Khan Had Almost Backed Out Of Veere Di Wedding For Taimur?

In June 2018, Kareena made her post-pregnancy comeback with VDW. The film featured her alongside Sonam Kapoor Ahuja, Swara Bhasker, Shikha Talsania. 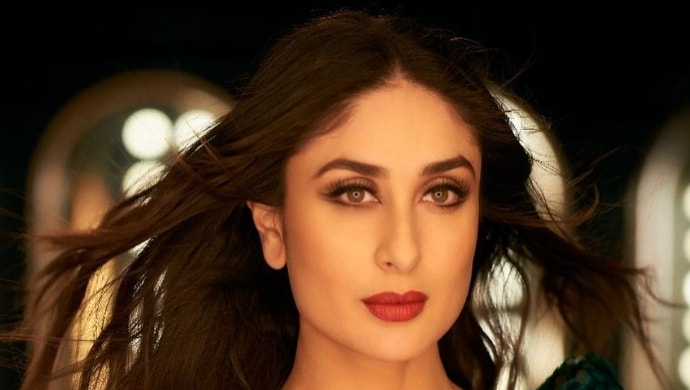 You can probably become half of what any other actress in the industry is. But there is no trick in the book that tells you how to be as flawless as Kareena Kapoor Khan. The Begum of Pataudi plays her cards by the hook and bait classic. The reason why when she featured in Veere Di Wedding post-pregnancy, it dominated all the headlines.

In June 2018, Kareena made her post-pregnancy comeback with Rhea Kapoor, Ekta Kapoor, and Nikhil Dwivedi’s Veere Di Wedding. The ‘Not A Chick Flick’ remains one of 2018’s top-grossing films and Bollywood’s first mainstream vehicle with an all-female cast behind the wheels. Bebo’s character in the romantic-comedy drama, Kalindi Puri, comes with a sense of maturity and certain stubbornness that she apparently inherits from her reel parents. But it was her yummy mummy figure that certainly took the trophy home for us!

Soon after delivering her first child with husband Saif Ali Khan in December 2016, the superstar returned to the sets of her shoot and also resumed her grind in the gym to get rid of the pregnancy weight. However, as soon as Kareena figured about her pregnancy, the starlet called up her producer Rhea to back out from VDW. And that is how she almost opted out until…

Rhea was firm that she only wanted Kareena for Kalindi and thus, told her heroine that she is willing to postpone the schedule and if need be, portray her character as a pregnant woman. “I want you because you’re so good for Kalindi’s (Kareena’s character) part’. She suggested that the character could be shown pregnant. But the pregnancy insurance (against possible mishap while filming) couldn’t be procured. I insisted that she go ahead with someone. Also, I’d need six-eight months to lose weight,” the Jab We Met actor was quoted as saying by a leading magazine.

Speaking about the same at the trailer launch of VDW back in April 2018, she had said, “It was Rhea’s conviction. She was like ‘let’s just wait’. After that, it was Saif who kind of pushed me and said, ‘I think you should hit the gym and get back to the studio’. He said, ‘take your son (Taimur Ali Khan) with you and set an example to other mothers’. I think it’s been good till now. This journey has been beautiful.”

Rhea was ready to take Kareena in whatever shape she’d be post pregnancy and that is something not a lot of producers telling their actors today. Kareena was further quoted by the magazine as saying, “I give credit to Rhea for standing by me and believing that I could look this good and giving me the confidence to come back on set with my child. She looked after Taimur so well when I was shooting in Delhi and worked according to my terms. She’s a producer with a spine. She stood by me. I love her.”

Have you watched Veere Di Wedding or are you still reminded of Jab We Met everytime someone mentions Kareena Kapoor Khan? Share your thoughts about the film in the comments box below.

Filmmaker Karan Johar Says He'd Love To Direct Kangana Ranaut, But Is She Ready? Find Out On Starry Nights 2.oh!

Birthday Spl: 10 Things About Actress Taapsee Pannu Every Fan Ought To Know

EXCLUSIVE! Anisha Victor: I Was The New Kid In School Every 2-3 Years, I Was Bullied A Lot