Our dearest Sucheta Khanna aka Pushpa Pandey of Meri Hanikarak Biwi made her debut with a Malayalam project. 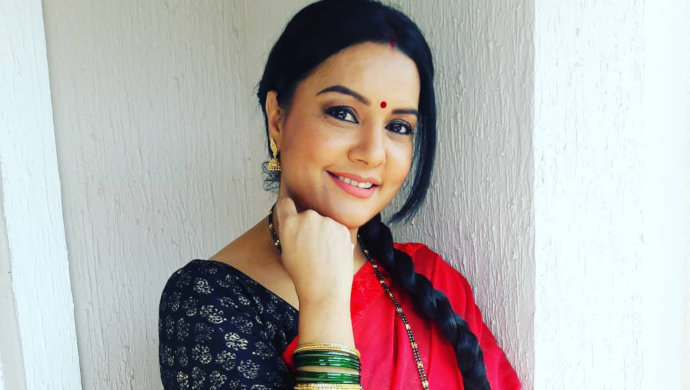 We love Sucheta Khanna, who is renowned for playing comical roles on TV. Currently, her portrayal of Pushpa Pandey on And TV’s show Meri Hanikarak Biwi is being loved by audiences.

Take a look at her performance on the show:

No doubt, the actress found great success on television, but not many of her fans would remember that she has worked on the big screen as well. She made her acting debut in films with Malayalam project Kakkakuyil (2001) and went on to feature in a couple of Hindi films. If you are wondering which films Khanna was a part of, take a look…

Directed by Vikram Bhatt, Kasoor (2001) is the first Hindi film Sucheta acted in. It was a guest appearance role of a witness named Shalini in Shekhar Saxena’s (played by Aftab Shivdasani) case. She got to share the screen space with actors like Irrfan Khan and Lisa Ray in the suspense thriller film.

It was with this Anees Bazmee directorial, the actress got to perform a comic role for the first time on the big screen. She had some good hilarious scenes along with Govinda and Raveena Tandon.

She played the role of Sapna, Deven’s (played by Joy Sengupta) wife in the film. Deven plays the role of Akash (Ranbir Kapoor)’s friend and colleague. Sucheta’s scenes in the film were mostly with Ranbir and Joy.

No doubt, Poli’s role in this comic caper was something that made everyone notice of Sucheta’s brilliant comic timing (on the big screen). She was fabulous in the film and it was her funny hilarious scenes with Sunny Deol, Bobby Deol and Anupam Kher, that remains to be one of the most important highlights of the film.

Looking at the praises the actress received for her performance in the first part, the makers also couldn’t let go the chance of casting her back in the second instalment of Yamla Pagla Deewana. This time she played the role of Babli, a comical villain who works along with her partner Bunty (played by Johnny Lever) and their boss being Joginder Armstrong aka Dude G. (played by Anupam Kher). Sucheta’s scenes managed to make people ROFL.

Yet again, the actress played a guest appearance in this Sooraj R Barjatya directorial, where she got a chance to share screen space with superstar Salman Khan and Sonam Kapoor. Apart from her funny scene in the film, she was also seen joining the lead pair in dance, by shaking a leg along with Sonam on the track Tod Tadaiyya.

How many movies did you guess right? Let us know in the comments section below.

Did you miss the season finale of Karenjit Kaur: The Untold Story of Sunny Leone. Watch it now!