Did You Know Mishri From Meri Hanikarak Biwi Has Been A Part Of A Dance Reality Show?

This little actress reminds us of the famous saying "Çhhota Packet Bada Dhamaka!" 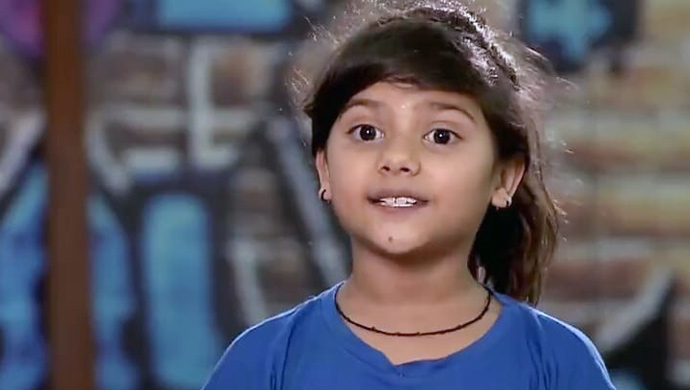 After the leap of five years on Meri Hanikarak Biwi, the audience received the most awaited surprise on the show. It was like a deja vu when the show restarted with the similar Akhada set up, but this time it wasn’t Akhilesh in the ring. We instead saw a cute little girl knocking out other pehelwans just like her father. Mishri who was introduced in the show as Akhilesh and Ira’s daughter has won our hearts in a short span of time.

Watch the latest episode of Meri Hanikarak Biwi below:

The character of Mishri is played by Vaishnavi Prajapati. Well, you might be awestruck with the little one’s acting skills but there is something more interesting that surprised us even more. Wondering what it would be? Let us reveal it to you. Meri Hanikarak Biwi’s Mishri is a trained dancer and was a part of a dance reality show who gave some tough competition to her competitors. It is was her dancing skills because of which the makers of the show Meri Hanikarak Biwi decided to cast her in the show.

Her acting skills are remarkable and have garnered her appreciation from all the viewers of Meri Hanikarak Biwi. In the show, she is on a mission to bring her mother and father come together once again. Well, we wish her reel character all the best, as she wishes for something which we all want for Akhilesh and Ira. For more interesting updates stay tuned.

Bal Krishna Of Paramavatar Shri Krishna Has A Secret Beverage Addiction! Find Out What