Did You Know Pad Man Is The First Indian Film To Be Screened At The Oxford Union?

Pad Man is based on "The Sanitary Man of Sacred Land", a short story from Twinkle Khanna's book, The Legend of Lakshmi Prasad. 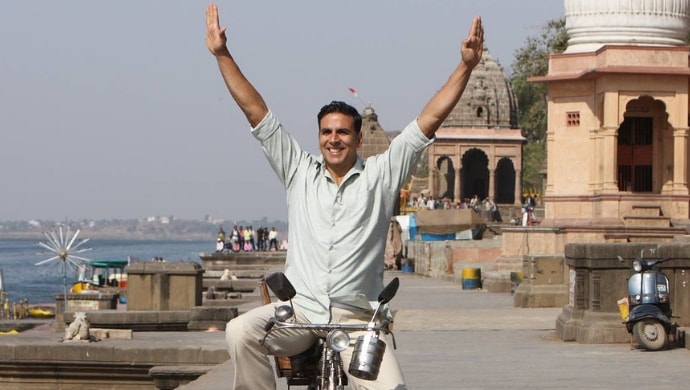 Actor-turned-author Twinkle Khanna’s debut production venture Pad Man achieved a milestone last year after it became the first Indian film to be screened at The Oxford Union. The first-time producer joined a set of high profile decrees and addressed the students of The Oxford University while during her lecture at the world’s most prestigious debating society. The remarkable achievement came ahead of the release of the story of India’s original Pad Man aka Menstrual Man Arunachalam Muruganantham.

What started out as a research for Mrs. Funnybones’ second book The Legends Of Lakshmi Prasad culminated into a full-fledged feature film idea for celluloid shelf. Arunachalam is the innovator behind the life-changing invention of low-cost sanitary napkin-making machines. His story was one amongst the bunch of many short stories Twinkle shared in her second offering as a novelist until she thought of the importance to spread the word about this dawn of the new era.

Pad Man traces the journey of this social outcast to the social and menstrual hygiene activist and his endeavours of diving into the taboo circling a woman’s biological phenomenon, to becoming the champion for every woman who ever risked her life to save extra pennies. However, Arunachalam only gave his nod after Twinkle pursued him for eight months. “All countries want to be strong but if mother strong, sister strong, a woman strong then only is a country strong,” he told her which made it even more vital for his story to reach the masses.

The Oxford Union saw students flocking the prestigious podium as all eyes and ears were lent to Khanna and her speech on the importance of this movie becoming a movement. Founded in 1823, the society has hosted world leaders and influencers in the past including the likes of bigwigs Shashi Tharoor, the Dalai Lama, Nobel Prize winner Malala Yousafzai, Morgan Freeman, Salman Rushdie amongst others.

From period taboos to period poverty, @mrsfunnybones​ takes the conversation on menstrual hygiene global at @OxfordUnion, the debating society of #OxfordUniversity pic.twitter.com/1o6zW8HJyP

Have you watched Pad Man? What are your thoughts about the film? Please let us know in the comments box!

Keep the entertainment going with the latest blockbusters streaming on ZEE5.