Did You Know Saxenaji Of Bhabi Ji Ghar Par Hain Made His Film Debut With Rani Mukerji?

Saanand Verma aka Saxena ji has shared the silver screen with Rani Mukerji and Ajay Devgn, And we totally "Like It". 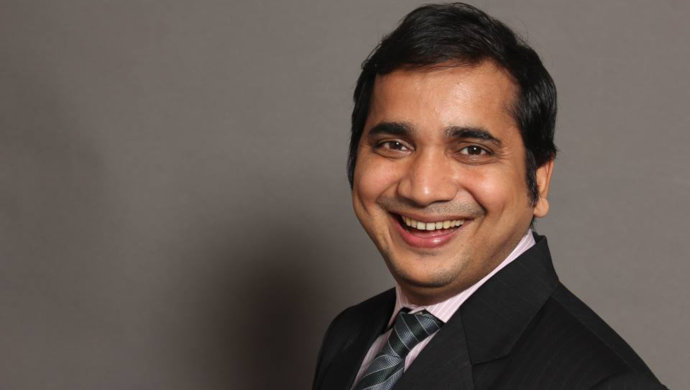 And TV’s popular show Bhabi Ji Ghar Par Hain needs no introduction. It’s a show for everyone to laugh and enjoy, truly being a complete entertainer. Every character enjoys a crazy fan following, be it the principal or supporting characters. Among the brilliant supporting cast of this show, the character of Saxenaji played by Saanand Verma stands out with his unmatched and amazing comic timing. His antics, weird expressions and who can forget his signature catchphrase ‘I like it’ has managed to make the viewers laugh. No doubt, the episode seems to be incomplete without this character’s mad touch to it, have a look:

However, not many of his fans would know that actor Saanand Verma has also worked on the big screen and his first film was with none other than  Rani Mukerji. Yes! You read that right.

The actor shared screen space with her in the 2014 released crime thriller Mardaani. Directed by Pradeep Sarkar, the film saw him playing the role of Kapil, who works in a shelter home from where the character of Pyaari (played by Priyanka Sharma) is kidnapped. Later, Kapil is nabbed by Shivani Shivaji Roy (Rani Mukerji) under the suspicion of his involvement in the case. But, his character gets killed before he could reveal anything about this organised crime cartel which involves child trafficking and drugs and is run by Karan Rastogi (Tahir Raj Bhasin).

Though the film remains popular, not many would know that Verma performed a minor part and it was his first Hindi film. Further, he went on to work in many TV serials like F.I.R., Jugni Chali Jalandhar, Laapataganj, etc. and various advertisements till he landed up with the role of Saxenaji. And from then, there’s no looking back for him.

In fact, the actor returned to the big screen with Ajay Devgn-starrer Raid (2018) where he played a pivotal role of antagonist Saurabh Shukla’s brother Suraj Singh.

Did you guess the right movie? Let us know in the comments section below.

Did you miss the season finale of Karenjit Kaur: The Untold Story of Sunny Leone. Watch it now!

Watch Spyder A Movie Which Will Thrill Your Senses!

Parchhayee Episode 11 Review: It's A One-Man Show With Darshan Kumaar Behind The Wheels