Did You Know This Actor From Bhabi Ji Ghar Par Hain Was Considered As A Dud Actor?

Here's why Aasif Sheikh's story will motivate you to never give up. 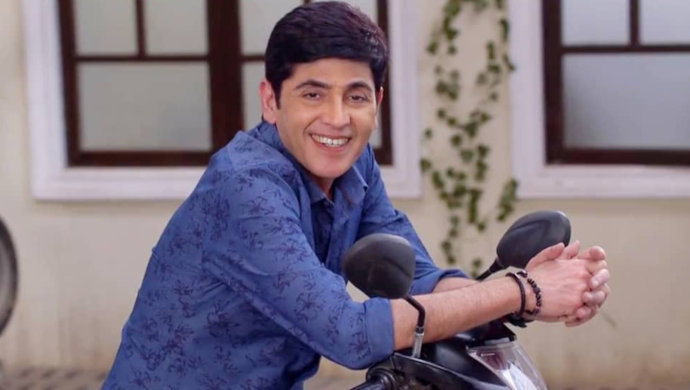 There are many die-hard fans of And TV’s popular show Bhabi Ji Ghar Par Hain, some with the habit of binge-watching it. Amongst the other famous characters of the show, actor Aasif Sheikh’s portrayal of Vibhuti Narayan Mishra stands out with his amazing comic timing. Have a look at his performance and decide for yourself:

No doubt, this is a role that has re-defined the actor’s career on TV and took his popularity among the viewers to another height. But recently, we stumbled upon an old interview of Aasif, where the actor revealed that during his childhood days, he was considered as the most dud actor amongst his cousins and nobody wanted him in their team while enacting skits. Yes! You read that right.

The actor, as a child, was a regular visitor to Varanasi during vacations as his parents belonged to Benares. He had returned to Benares after a gap of 15 years, and that time he made a visit to his aunt which turned out to be a family reunion of sorts as all his relatives in the city came to meet him.

It was in one of Aasif’s earlier interviews, where he recalled his childhood days in Banaras and said, “All my cousins were of the same age group, so we used to have loads of fun. It was a joint family and around 20-25 people used to live in the house. The huge terrace was used as a playground by us kids and we used to play volleyball there. All the cousins were divided into two teams. The winning team used to be given a cash prize. We also used to enact skits and I was considered the most dud actor of all as I used to forget my lines. Nobody wanted me in their team.”

“I have such lovely memories of those days. Benares has a very significant place in my heart,” added the actor. Isn’t that interesting. Who would have ever believed that considered to be a dud actor in his childhood, Aasif would go on to secure a special place in the hearts of the audiences. Well, hard work really pays off. Don’t you agree?

Were you aware of this fact earlier? Let us know in the comments section below.