In an exclusive interview, Rik and Pratibha spoke about how Dil Ki Gullak is one of the most soulful tracks and the credit goes to Shamir Tandon ji. 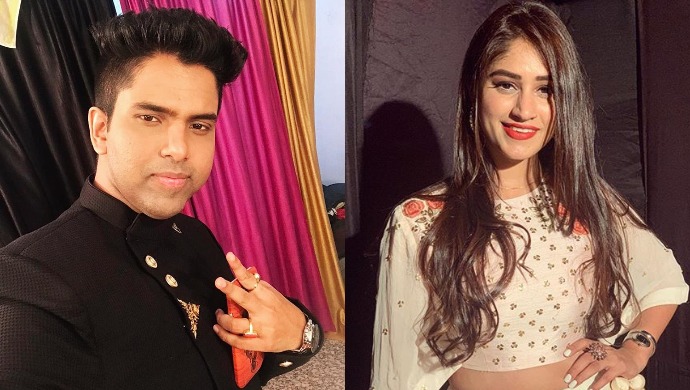 ZEE5’s romantic drama series Baarish season 2 is premiering on the channel. The beautiful mature love story features Asha Negi and Sharman Joshi in lead roles. The storyline of Baarish revolves around a rich businessman, Anuj, and a middle-class girl, Gauravi. Audiences have given an immense amount of love to the series and the on-screen chemistry between Gauravi and Anuj is simply adorable.

Baarish 2 comes with a beautiful, soulful, romantic track ‘Dil Ki Gullak’, which leaves audiences awestruck. This song picturised the imperfect love story of Anuj and Gauravi. Dil Ki Gullak song is a reminder to everyone that how cupid’s arrow strikes when least expected, and love works like magic. This refreshing melodious song hits the right chord.The song is composed by Shamir Tandon and the lyrics have been penned down by Abhinav Nagar. The song will surely make you fall in love all over again.

The song has been beautifully sung by Rik Basu and Pratibha Singh Baghel, and we must say the singers have done a brilliant job. This dreamy song is quite soothing and the singers have given fans a track that they will cherish forever.

In an exclusive interview with us, the talented singers’ Rik Basu and Pratibha Singh Baghel spoke about their experience of singing for this romantic series.

Singer Rik Basu was overwhelmed with the immense love that his new song has received. He expressed his happiness, as he said that his experience working with Balaji production is huge and it’s a dream come true for him. Rik even narrated an incident when he wanted to go to the production house with his songs, but the security guards did not allow him to get in. It took almost three years to get an opportunity to sing for the same production house.

Rik said, ‘I am thankful to Shamir Tandon sir, and the way he has made this possible and has shown confidence in me. He has made an amazing composition. Balaji and Ekta Kapoor ma’am have been a dream since childhood, so doing anything for the production is super big for me. It’s a very emotional moment for me actually. My father, late Gautam Basu, who I learned music from, would have been very happy seeing me sing for such a big production, and for such a big series with actors like Sharman Joshi and Asha Negi. I would just say God is great.”

Rik even spoke about the popularity of his song among audiences and said, “It is incredible that it’s only been two days since the song has released, am getting an overwhelming response from all over the world. I have watched Baarish Season 1, but I never thought I would be singing for season 2. I will only say this is my beginning yes have worked in singles and other regional productions but this is my big break so its very big for me.”

Rik further says, “Dil Ki Gullak is a song that I feel will change the perception of music in Bollywood. It is one of the most soulful tracks at this age of dance track. This song will have a heart to heart connection with everybody. Right from the time I sang this song, I knew that this song will go a long way, and people will love the song. I always had a positive feeling for the song, and enjoyed singing it thoroughly. Its been a heart touching experience, and the way it has been composed, it is amazing. I feel lucky to have got such a beautiful composition at this age”.

She further speaks about her song ‘Dil Ki Gullak’ and says “It is a very unique song, and the credit goes to Shamir Tandon ji. The lyrics and the tune gel so well and conveys the exact feeling to the audiences. I think song is very soulful. Though I have sung many romantic songs before, this was quite different, because of it’s unique lyrics and the ghazal like feel to it. A lot of people do not compose these types of melody, so that was quite different.”

‘Dil Ki Gullak’ is a melodic journey filled with love. If you have not heard the song yet, then we suggest you must! Stay home, stay safe and stay tuned for more updates on Baarish 2.