Shukranu, the highly-rated ZEE5 Original film starring Divyenndu, explores how complex romantic relationships can get because of misunderstandings. 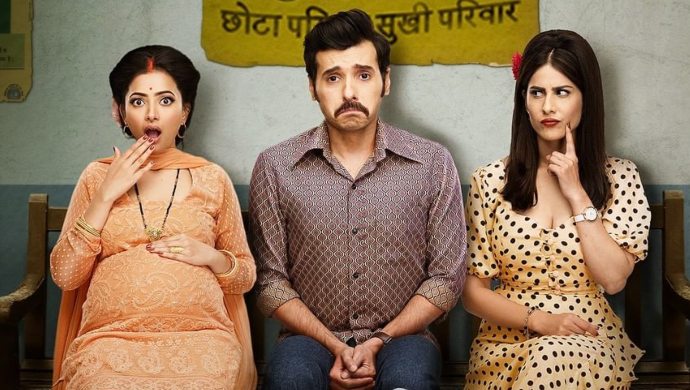 Shukranu starring Divyenndu, Sheetal Thakur, and Shweta Basu Prasad has garnered great reviews for balancing a social issue with a relationship drama. This film focuses on the life of Inder (Divyenndu), a victim of the forced sterlisations in 1971, and explores how this incident affects his relationships with the two women in his life, Akriti (Sheetal Thakur) and Reema (Shweta Basu Prasad). While it is a story set in 1975 and tackles the subject of forced sterilisations, the struggles the film depicts are common to every marriage.

Watch the reviews for Shukranu here.

Shukranu is a film that uses comedy to explore the complications that arise in a relationship. Inder gets married to Reema after his vasectomy and he makes his first mistake by not telling her about it. He blames the social stigma associated with sterilisations as the reason for hiding this from everyone including his wife, Reema, even when she tries to get close to him in bed.

Reema finds out she is pregnant while Inder is out of town for work. This long-distance relationship takes a toll on their marriage because Inder feels Reema is cheating on him. He again feels that he cannot have babies because of his sterilisation. To make matters worse, Inder meets an old crush, Akriti, and falls in love with her all over again.

Inder doesn’t tell Akriti that he is married to someone else. He sleeps with her and is about to get engaged to her as well. However, he feels this is all justified because his wife is cheating on him too. He also doesn’t tell her but tells her family that he had a vasectomy. If he had talked about this to Akriti or Reema, he would have realised that his vasectomy wasn’t conducted properly at all.

While most of the comedy in the movie comes out from the bad decisions that Inder makes, misunderstandings caused due to lack of communication can really break relationships. Tell us your experiences with miscommunication in a relationship in the comments below.

In The World Of Gender Defined Roles, Mentalhood Teaches Us The ABCs Of Gender Fluidity