In tonight's episode, we see Ramji yelling at Bhima Bai. Bhim witnesses this and gets mad. Find out the details inside. 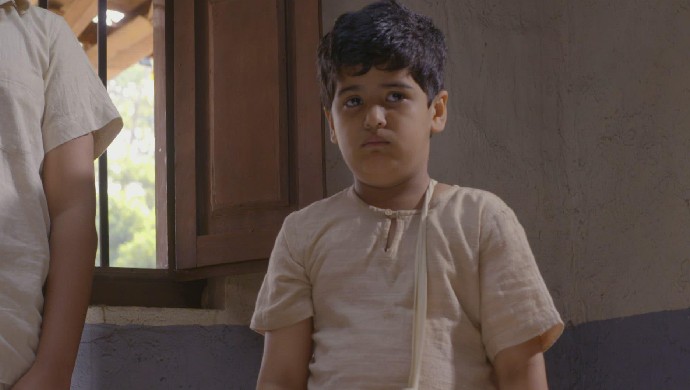 In tonight’s episode of Ek Mahanayak Dr B. R. Ambedkar we see Bhim and Anand outside the bangle shop. They are successful in convincing the people in the market to buy bangles from the shop. As both the brothers are in the middle of their act, Anand spots Ramji walking towards them with his friend. This scares both the brothers and they hide. Ramji arrives at the shop and when asked if he won’t buy some bangles for his wife, he says that he would love to, but right now he doesn’t have any money. He further goes on to say that he loves his children a lot more and he will try his best to give all of the world’s joys to his kids.

Watch the episode of the show below.

When Bhim and Anand return back home, they see that Ramji is angry at Bhima Bai as she is adamant that her husband should go visit their daughter, at her home. Ramji on his part tells her that it is impossible for him to do so, as they do not have money. Saying this, he storms out of the house and Bhim follows him to the field. There, the son tells his father that he does not like it when his mother is hurt. He further tells him that she is more valuable than all the gold and jewels in this world and there is no one better than her. This feels Ramji’s heart with pride and happiness is all around him and his son.

However, it is not all good news for Surendra as his parents find out that he has been roaming around with Bhim and Bhim’s brothers. His father beats him up and then forces him to undergo a Shuddhi. On the other hand, Bhim spends an entire night thinking about all the injustice and bad behaviour that has happened to him and his family. He promises himself that he will make all of this change and someday he will be the reason to bring inequality in society.

In the upcoming episode, we see that Bhim and his brother are caught in the market by their mother. Bhima Bai comes running and slaps Bhim. Later Surendra’s parents and some other villagers come outside of Bhim’s house and ask Bhima Bai to leave the house and get out of the village. What will happen next? Share your thoughts in the comments section below and stay tuned to catch the latest episodes of Ek Mahanayak Dr B. R. Ambedkar exclusively on ZEE5.