In tonight’s episode, Tulsa and Manjula are scared to compete with the boys. But two village girls motivate them and they run for their rights! 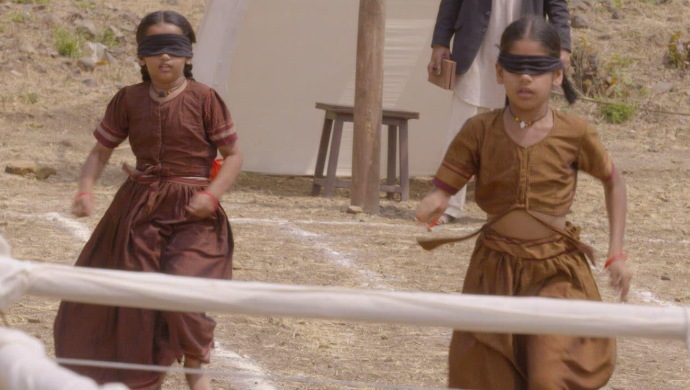 In tonight’s episode of Ek Mahanayak – Dr B. R. Ambedkar, Ramji takes up the challenge of making his daughters compete with two boys from the village, and have their right to education. At night, when the entire family is sitting together, Tulsa and Manjula are scared that they will not be able to fight the boys, who are stronger than them. Bhim understands them and tells Ramji to withdraw their names.

Suddenly, two village girls sneak out and arrive at Bhim’s house. They encourage Tulsa and Manjula to fight because it gives them the hope of going to school one day. Ramji’s daughters tell him that they will not back out. Meanwhile, the village men plot against Ramji that they will kick him and his family out of the village after his daughters lose the challenge.

The next morning, the villagers gather at the common ground to see the competition unfold. The two male participants go to their mothers for blessings. One of the mothers thinks to herself, “Son, if I bless you to win today, it will mean a defeat for our entire womankind!” The game master then states the rules of the competition. Tulsa, Manjula and the boys are blindfolded. They have to cross two huge hurdles by listening to a bell.

When the first bell rings, the boys run in the right direction, but Ramji’s daughters seem confused. Everyone worries that they will lose. The boys have almost crossed the first maze half-way. But, the second bell rings after some time and the girls in the right direction towards the maze. Bhim and his family start clapping and are hopeful that society will realise women’s right and be fair to them one day!

Meet The #SahasKiVijay Cast Of State Of Seige: 26/11 Including Arjun Bijlani,…