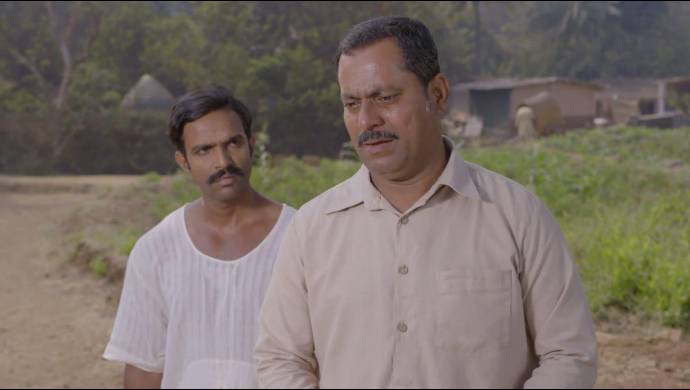 In tonight’s episode of Ek Mahanayak Dr B. R. Ambedkar, we see Bhima Bai and Ramji feeling proud as parents. Ramji thinks that their dreams have turned into reality only because of Bhim. On the other hand, the goldsmith is busy plotting revenge against Bhim and his family. He asks the husband of the outcast lady- who has sought refuge at Bhim’s house- to wait for the right opportunity. Meanwhile, we see Ramji asking the Guruji to write a letter so that he and his family could be permitted to attend the banquet of the British. Guruji tells him that he would be humiliated by the Britishers to no end. Ramji says that they have been invited by the British themselves. To this, Guruji replies saying that the upper caste people that are present at the ceremony will outnumber people like Ramji and his family. He tells Ramji that the British won’t even lift a brow against this injustice.

Later, we see Bhim’s family happily getting ready for the ceremony. Ramji’s sister gets them a bullock cart while the villagers look at them with envy. Their happiness is short-lived as Ramji comes home looking defeated. He looks at his family with tears in his eyes. Bhim asks him to get ready for the ceremony. Ramji ignores him and rushes inside to sit on the bed. The villagers sense that something’s wrong and come close to Bhim’s house to enjoy the ongoing quarrel. On the other hand, Ramji is seen convincing his family that they should stay at home instead of attending the grand ceremony of the British. He puts on the coat just to make his family feel better. He then reveals that he didn’t get the permission letter from the Guruji because they won’t be going anywhere and that he has asked the Guruji to collect the reward on behalf of Bhim. A teary-eyed Bhim knows that his father is lying and confronts him.

In the upcoming episode, we see Bhim questioning Ramji on the prevalent caste discrimination that he will have to face even though he has stood first in class. Will Bhim be able to get over it? Watch all the episodes of Ek Mahanayak Dr B. R. Ambedkar exclusively on ZEE5.