In tonight's episode, we see Bhim giving a speech in front of his family. Details inside. 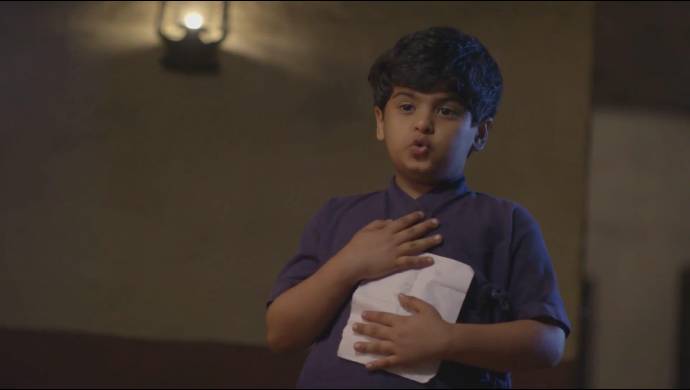 In tonight’s episode of Ek Mahanayak Dr B. R. Ambedkar, we see Bhima Bai asking Ramji to explain to Bhim that they would never get rid of their caste. She then persuades Bhim that he should listen to his father. To this, Bhim replies saying that he badly wanted to dress up, attend the ceremony, and give a speech. Ramji tries to convince him that they cannot do so. We then see Bhim questioning Ramji on the prevalent caste discrimination that he will have to face even though he has stood first in class. Upon hearing this, both Ramji and Bhima Bai are tight-lipped. Meanwhile, the villagers start making fun of Bhim and his family. Bhim stands there watching them ridicule his kin. When Ramji’s sister pleads with him to stand away from the villagers, an adamant Bhim refuses to budge.

Later, Ramji asks Bhima Bai to let Bhim stand there and bear all the hatred that they receive. He tells Bhima Bai that this will only make him stronger. However, Ramji regrets not taking Bhim to the ceremony. On the other hand, a furious goldsmith asks his son about the missing coat. He orders his son to get out of the house. His son shouts back at him in retaliation. Just then, Bhim enters and hands over the coat to the goldsmith’s son. He then tells the latter that he won’t be attending the ceremony and therefore doesn’t require the coat. The goldsmith notices this and gets angry.

Meanwhile, Ramji asks his family to prepare for a grand feast at their house to cheer Bhim up. Bhim ignores them and asks everyone to let him be alone. The family begins the proceedings by making Bala give a speech. Bhim cannot take it anymore and comes out immediately to give a speech. He thanks his parents for making him realise that education is the only thing that will uplift their family from the shackles of caste discrimination.

In the upcoming episode, we see the villagers tricking Bhim’s family into killing the destitute woman who has sought refuge at Bhim’s house. Will Bhim be able to save her life? To find out, keep watching Ek Mahanayak Dr B. R. Ambedkar exclusively on ZEE5.