In tonight's episode, we see the villagers tricking Bhim and his family into abandoning their house. Find out why inside. 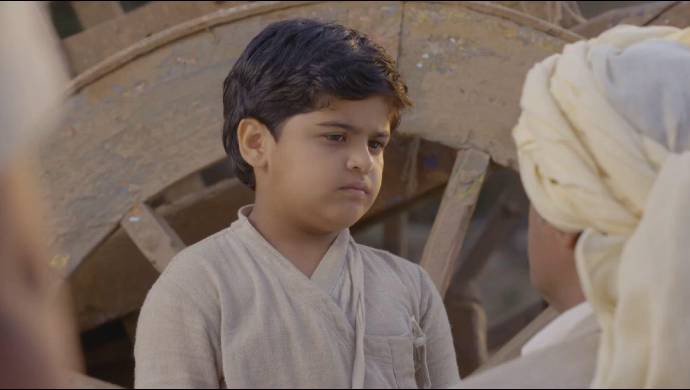 In tonight’s episode of Ek Mahanayak Dr. B. R. Ambedkar, we see Bhim innocently questioning Ramji. He asks the latter what good does his coming first in class, do to the nation. Ramji tells Bhim to live for the people in the country. Bhima Bai then asks Bhim to go to sleep. Later, the destitute woman who has sought refuge at Bhim’s house, tells Bhima Bai that she will make sweets to celebrate the boy’s felicitation. Ramji asks him to hurry because they need to leave. Bhim asks Ramji about his mother isn’t accompanying them. Ramji confesses to him saying that society doesn’t like women stepping out of their house and therefore his sisters don’t have the right to educate themselves. To this, Bhim replies saying that only education will eradicate darkness from their lives.

Meanwhile, the villagers trick Bhima Bai and other family members into abandoning their house, so that they can catch hold of the outcast woman.  They kidnap her as soon as she steps out of the house. At Bhim’s school, we see Bhim getting felicitated by winning a trophy for topping the class. Bhim collects the trophy and swears that he will try to help the deprived and the backward people of the society. Bhim’s family then gets to know that they have been tricked into abandoning their house and run to save the outcast lady’s life. Meanwhile, the villagers decide to punish the destitute woman by killing her. As soon as she comes to know about this, the lady runs for her life. On the other hand, Bhim’s family cannot find the lady at their house and start looking for her. After a while, the lady is spotted by Ramji’s brother, who spots her being chased by the villagers.

In the upcoming episode, we see the destitute lady’s husband strangling and killing her. Will Bhim and his family get over her death? To find out, keep watching Ek Mahanayak Dr B. R. Ambedkar exclusively on ZEE5.