In the next episode, Sethji's son Dhruv falls unconscious. Bhim and his brothers take him to the vaidya, who turns out to be Bhima Bai's doctor! 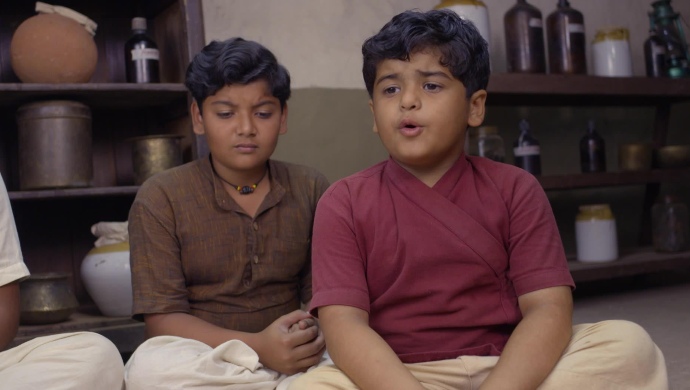 In the previous episode of Ek Mahanayak – Dr B. R. Ambedkar, Guruji is rebuked by the village men because he supports knowledge and education for women. The village girls send presents for Tulsa and Manjula through Bhim and Anand. Bhima Bai and Bua believe that times are changing! Ramji also hopes for an independent India as he donates his last penny for the cause. Later, when writing his name on the exam sheet, Bhim gets a new surname from Guruji. From “Bhimrao Ramji Sakpal Ambavalkar”, he becomes “Bhimrao Ramji Ambedkar.”

In the next episode, Sethji’s son Dhruv feels dizzy and falls unconscious. Bhim, Bala and Anand are confused about what happened suddenly. They take him to the vaidya who turns out to be the same one that Bhima Bai had gone to. The vaidya says that Dhruv will be alright soon. Then, Bhim asks the vaidya to give some medicines to his mother as she has frequent headaches. The vaidya asks them if they are Bhima Bai’s children and they are shocked. Will the vaidya reveal the truth?

Mentalhood Review: A Charming Yet Compelling Look At The Many Faces Of…