In tonight's episode, we see the outcast lady being killed by the enraged villagers. Find out the details inside. 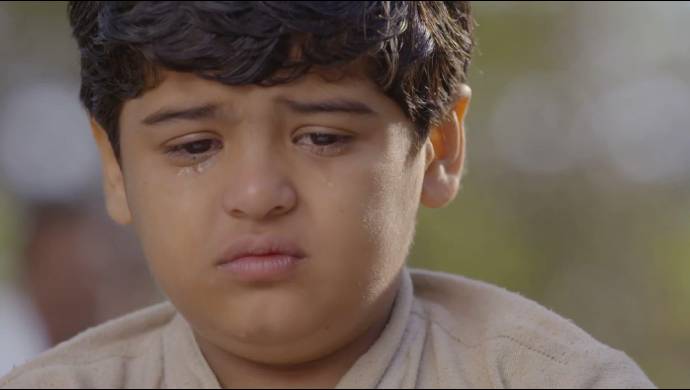 In tonight’s episode of Ek Mahanayak Dr. B. R. Ambedkar, we see enraged villagers running behind the destitute lady and killing her. They then confess to Ramji and his family that they are all guilty of the lady’s death. They ask him to go to the police and make them arrest the villagers. Ramji furiously replies, saying that he will not spare anyone and bring them to justice. He then asks Bhima Bai to wait while he goes away to fetch the police.

Later, the police inspector doesn’t take Ramji’s complaint seriously and asks him to go away. He lectures him about the apparent caste disparity prevalent in the society, that won’t let him bring anyone to the court of justice. Ramji asks him to come with him to catch the criminals. The police inspector shouts at him for giving shelter to the outcast woman in the first place. He says that it is all Ramji’s fault and asks him to leave. Meanwhile, the outcast lady’s husband is congratulated by everyone including the goldsmith for teaching Bhim’s family a lesson. The goldsmith arranges a parade for him.

On the other hand, Bhim’s family is mourning the death of the destitute woman. The men of the family fetch firewood to light her pyre. Later at Bhim’s house, Bhim and Bhima Bai are not able to get over the lady’s death. Bhim gets up, picks up her blanket and reminisces about the times he spent with her. After a while, Ramji says that the books are worthless if it doesn’t change people’s mindset. Later, we see the goldsmith’s son reconciling with Bhim for troubling him. He is unable to control his emotions and hugs Bhim. He tells him that he misses his mother.

In the upcoming episode, we see the villagers registering a complaint against Ramji Sakpal. The police then arrest and drag him into custody as Bhim watches in horror. Will Bhim be able to bring him out of police custody? To find out, keep watching Ek Mahanayak Dr B. R. Ambedkar exclusively on ZEE5.

High Five On ZEE5: Kaafir And Kaali Win #2XTheLove From The Audience