In tonight's episode, we see the police arresting Ramji for messing with the society's law and order. Find out the details inside. 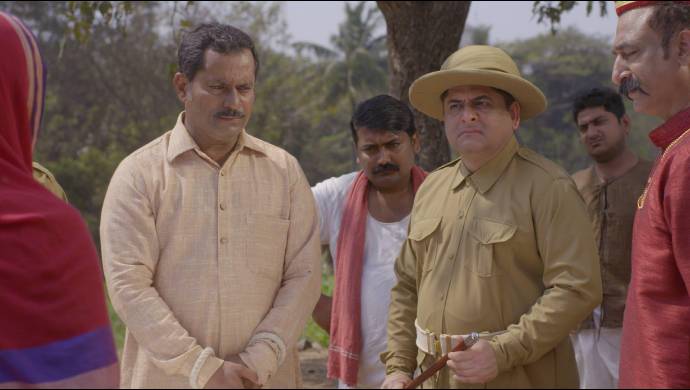 In tonight’s episode of Ek Mahanayak Dr. B. R. Ambedkar, we see Ramji and his brother wondering why society doesn’t stand up against atrocities. They are then stopped in their tracks by the goldsmith. The latter then points out Ramji’s status in society. He warns Ramji to help all the people that have been outcaste, by the upper caste. Ramji however, promises that he will be punishing the person who has murdered the destitute lady. On the other hand, the goldsmith plans to teach Ramji a lesson.

Meanwḥile, Bhim reasons with his teacher about the importance of education. He says that educated people didn’t even help the destitute lady. He thinks that education is of no use if it doesn’t help you decide between right and wrong. He then says that he won’t come to the class again and leaves the room. The teacher asks him to not leave studies if he wants to keep the fire inside him burning. On the other hand, the goldsmith plans to teach Ramji a lesson by registering a case against the latter. Later, the police arrest Ramji for breaking the law and order of society. A helpless Ramji is then taken away by the police. Meanwhile, Bhim notices that his father is arrested and runs to save him. After a while, Ramji’s brother informs Bhim’s family that Ramji has been taken into custody by the police. On the other hand, Bhim stops the police from taking away his father into custody and says that the latter did nothing but help the outcast lady. Ramji accepts his crime and asks Bhima Bai to step away.

Do You Have A Sweet Tooth Like Angoori Bhabi? Check Out These Simple Dessert…

In the upcoming episode, we see Bhim seeking help from a barrister to prove that Ramji isn’t guilty. Will Bhim convince the barrister to fight his case? To find out, keep watching Ek Mahanayak Dr B. R. Ambedkar exclusively on ZEE5.