In tonight's episode, we see Bhim pledging to fight Ramji's case and help him get out of jail. Find out the details inside. 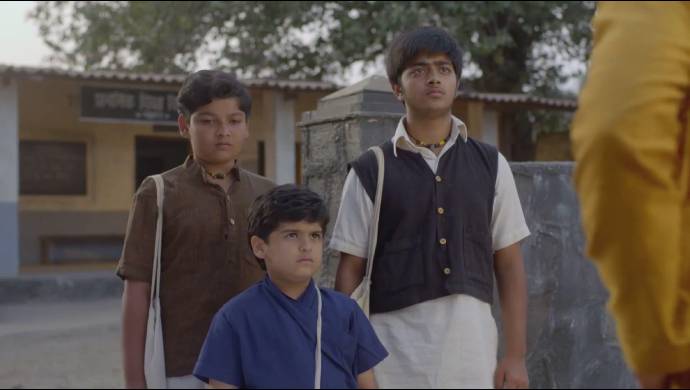 In tonight’s episode of Ek Mahanayak Dr. B. R. Ambedkar, we see the villagers and the goldsmith making fun of Bhim and his family. Bhima Bai pleads with them to forgive their family. The goldsmith tells Bhim that his family will continue to remain under the foot of the upper caste. The villagers then say that Ramji is going to rot in jail and laugh at Bhim’s family. On the other hand, Bhim isn’t convinced. He pledges to help his father Ramji get out of jail. Meanwhile, the principal comes to know that Ramji has been arrested. The teacher then asks him if there’s a way to save Ramji. To this, the principal replies saying that currently there isn’t. He is worried that Bhim’s family might get devastated because of Ramji’s arrest. Later, Bhim’s family thinks that their future is bleak. Anand asks Bhim how they would overcome this problem and save Ramji. Bhim says that they should not lose hope and work towards saving Ramji.

Later, Bhim asks the principal to show them a way out of their problems. The principal hands over the address of a barrister who, he says, might be able to help Bhim’s family. Bhim, Bala, and Anand are then stopped in their tracks by the goldsmith. The goldsmith asks Bhim if the latter is intimidated by him. Bhim tells him that he has no fear as he is following the truth. Meanwhile, the goldsmith shouts at his son for throwing stones at him. The goldsmith’s son asks Bhim to go and find the barrister. After a while, the villagers humiliate Bhima Bai and Gang. The goldsmith gets angry at them for approaching a barrister. The villagers then say that they won’t be able to pay the barrister. On the other hand, Bhima Bai pleads with the police inspector and asks him to forgive Ramji. The latter asks her to not worry about him and orders her to go away. Bhima Bai reluctantly does as she is told.

In the upcoming episode, we see Bhim telling Bhima Bai that instead of begging for help, he will be fighting for Ramji. Will Bhim save Ramji? To find out, keep watching Ek Mahanayak Dr B. R. Ambedkar exclusively on ZEE5.