In tonight’s episode, Bhima Bai gets a job of carrying dung, Ramji sweeps his employers' floor, Bhim witnesses the evils of untouchability. 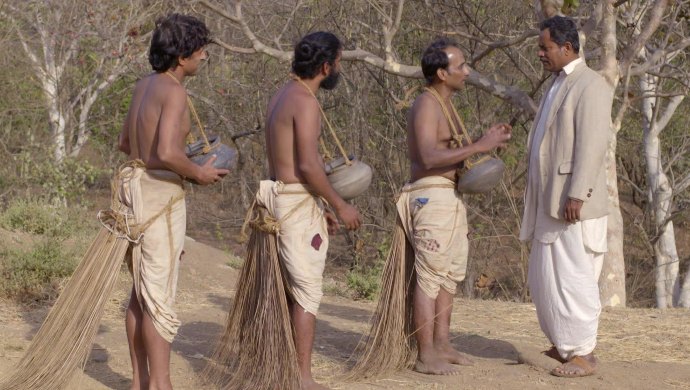 In tonight’s episode of Ek Mahanayak – Dr B. R. Ambedkar, Ramji meets his employer’s son at work, who offers him some water in a golden vessel and treats him well, just like his father. Ramji is overwhelmed to feel respected and not be discriminated against. He gets back to sweeping the floor and hopes that his children will also be honoured one day! He then sits down to eat with the employer’s son and drops some gems of truth!

When Bhim and Anand are on their way back home from school, Dhruv calls out to stop them. The latter says that the girl Bhim was talking to about education the other day was searching for him at school. Bhim and Anand go to the mango garden to meet her. The girl tells Bhim that her father tore her books, beat her, and her mother up and violated her right to education. Bhim lets out a long, sad sigh!

Bhim sees three men walking with brooms tied to their backs and pots hanging from their necks. Scared at the sight, he runs in the opposite direction and the men chase him. When Ramji stops Bhim, the men say they are called untouchables and this is their ugly truth, which Bhim will also have to accept as he grows up. They have to wipe their footprints and collect their spit when passing by the houses of the higher castes!

You can also binge-watch your favourite &TV shows such as Gudiya Humari Sabhi Pe Bhari, now streaming on ZEE5!