In the next episode, when Ramji expresses his concerns, Bhim promises that one day he will ensure equality and justice for everyone. Read more here! 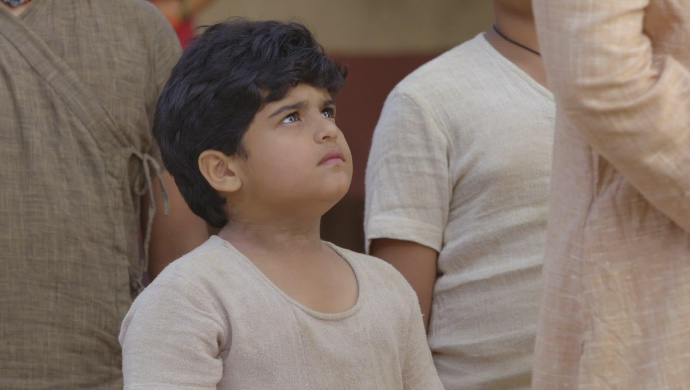 In the previous episode of Ek Mahanayak Dr B. R. Ambedkar, while Bhim’s family were putting up an act of Ganga being missing, Seth Ji unsolicitedly advises Jija Ji to remarry. He brings a woman from the same lower caste as Jija Ji’s, to be the new mother to his children. Bhim finds this ridiculous and presents Ganga in front of Jija Ji. He puts forth a condition that Ganga will go back with Jija Ji only if he assures her of no more suffering. Jija Ji goes away and starts drinking when Seth Ji and his men beat him up!

In the next episode, a police officer comes and arrests Seth Ji and his men, in the presence of Ramji. The latter goes to Bhim and expresses that he wishes to see a world free of caste discrimination. Bhim firmly promises that one day he will do something that ensures justice and equality for everybody. Later, when Ramji is walking with his two little daughters, the villagers taunt him that he is going to marry them off!

To know more, keep watching all the episodes of Ek Mahanayak Dr B. R. Ambedkar streaming on ZEE5.

Women’s Day 2020: An Unbiased Opinion Of People On Gender Equality In…

You can also binge-watch your favourite AndTV shows such as Happu Ki Ultan Paltan starring Yogesh Tripathi, streaming on ZEE5!