In tonight's episode, beating up Ganga's husband puts Seth Ji behind bars. But Bhim is still restless about justice and equality for the common man. 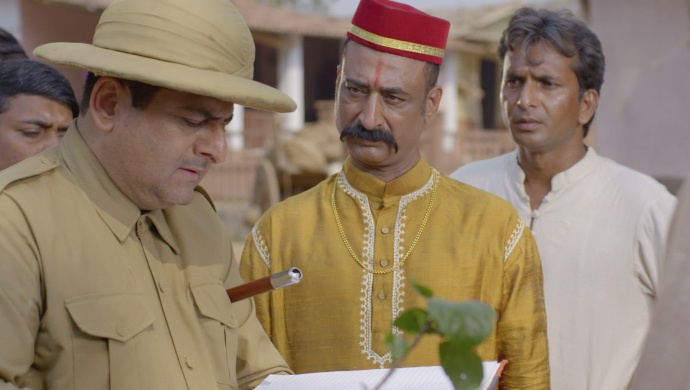 In tonight’s episode of Ek Mahanayak – Dr B. R. Ambedkar, when Ganga’s husband (Jija Ji) is being beaten up by Seth Ji and his men, Ganga senses that something is wrong and runs into the village. Ramji follows her and they find a bruised and battered Jija Ji. After bringing him home, Bhima Bai and Bua bandage his wounds and Ganga rests beside him. Jija Ji regains consciousness and starts cursing Ganga, but Bhim stands up for her, revealing the truth. Called by Ramji, the police arrives to take Jija Ji’s statement of the attackers. Just then, Seth Ji shows up at Ramji’s house and attempts to bribe the police, but in vain. Owing to casteism, the police don’t enter Ramji’s house and neither can an injured Jija Ji get up from his bed.

Ramji writes Jija Ji’s statement and presents to the police captain, on the basis of which he arrests Seth Ji, the tea vendor and another attacker. When threatened by Seth Ji, the police captain says that Ramji is a retired military subedar and orders have come from the Lord Governer. This scares Seth Ji, but he is still shameless. While being taken to the police station, Seth Ji’s son looks him in the eye and says, “If you come back, become a good man and come!” Bhim wonders about the people who are not subedars or even their family. Thus, Bhim promises to Ramji that one day he will make sure that justice, equal rights and fearlessness will be served to the common man as well. But worried about Ganga and her husband, Bhim goes to Guruji and Pendse sir with a hundred questions.