In tonight's episode, Bhim needs five people from the village to sign a petition in order to release Ramji from jail but faces challenges. 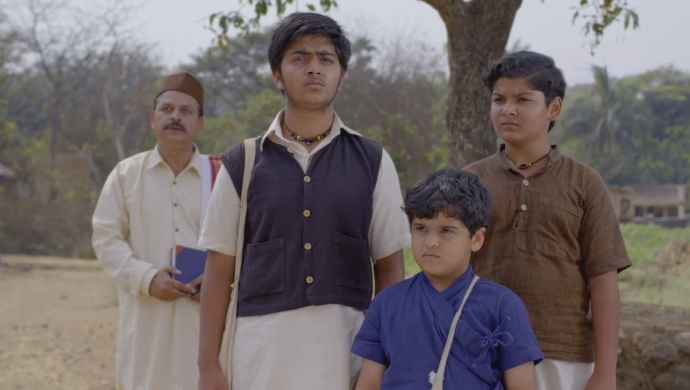 In tonight’s episode of Ek Mahanayak – Dr B. R. Ambedkar, Bhim goes to the district magistrate’s office and meets the barrister. The assistant asks him to pay Rs. 1 as a fee that he informed him about, the previous evening. Bhim requests the barrister to free his father Ramji from jail because he is innocent. The barrister refuses to fight his case, saying that religion and caste will be their major oppositions. But, Bhim professes that his father is honest and that truth always triumphs. When Bhim’s Guruji goes to have tea, he is insulted by the locals for helping Bhim and his family despite the fact that they are of a lower caste. Guruji tries to defend himself. He also defends Ramji by saying that he does not deserve this kind of treatment for his act of kindness.

Bhim tries to console his crying mother Bhima Bai, who thinks that nobody will come to help them. Bhim tells her that Ramji always says that as you believe, so shall happen! The goldsmith in the village feels challenged by Bhim’s increasing strengths and thinks that he will have to take action. In his house, Bhim asks Anand and Bala to go and request the villagers to sign a petition in favour of Ramji’s release. He assures that their identity will be kept anonymous. Bhim goes to meet Guruji and asks him and Pendse sir to write for him. He needs five people in total. When Bala and Anand approach a villager, he refuses to do so as he fears being ostracised. The goldsmith arrives with a group of locals and chases the boys off. Bhim’s brothers run to him and the villagers try to kill all three of them. But Pendse sir announces that one day the three will fight for the truth.

For more updates, keep watching all the episodes of Ek Mahanayak – Dr B. R. Ambedkar streaming on ZEE5!

You Can Now Watch Chinese Blockbusters Dubbed In Hindi On ZEE5

You can also binge-watch your favourite &TV shows such as Happu Ki Ultan Paltan streaming on ZEE5.