In tonight’s episode of Ek Mahanayak Dr. B. R. Ambedkar, Bhim promises to do well in school and make everyone proud. 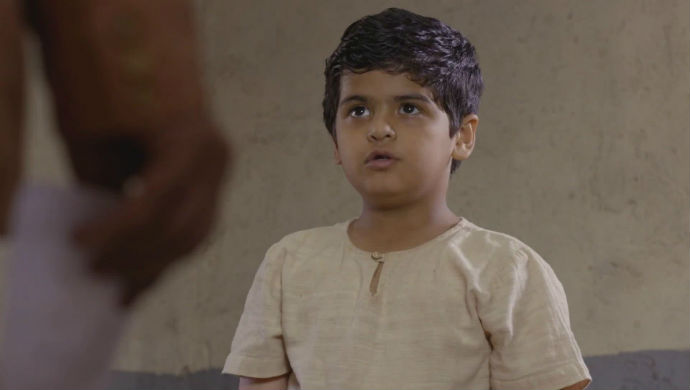 In this episode of Ek Mahanayak Dr B. R. Ambedkar, Ramji is saying to Bhima Bai that he always wanted people to recognise him, because of his children. But he regrets it now, as his son Bala, has thrown away his books and wants to play an instrument instead. Bhima Bai convinces Ramji that everything will fall in place eventually, once Bala cools down. We then see Ramji being ridiculed by Bala, and his gang of friends. Ashamed by the scene created by them, Ramji and Bhima Bai rush back inside the house, and pull Bhim with them too.

Meanwhile, at school, Bhim’s teacher is arguing with the principal, regarding the former’s drive to succeed and do well in life. The teacher stands up for Bhim and says that this conviction is commendable and he, therefore, deserves to stay and study in school. The principal, however, is in two minds, about the same. He then takes an oath in front of everyone and says that if Bhim studies hard and is successful in life, he will put the latter’s name on the gates of the school, so that everyone can be reminded of his valour and dedication. We then see the goldsmith convincing Bala to give up studies and work for him, along with his brother Anand.

Later in the episode, we are taken inside the school with a flashback scene, where we see the three brothers, Bala, Anand and Bhim, eating their tiffin. Both the younger brothers give their share of the tiffin to their elder brother Bala. What do you think will happen in the next episode? Tell us in the comments section below. Catch all the episodes of Ek Mahanayak Dr. B.R Ambedkar, exclusively on ZEE5 here.