Tonight, Bhim wakes up from a nightmare of Ramji wearing the untouchables' uniform and is terrified. However, he finds a new sister in the morning! 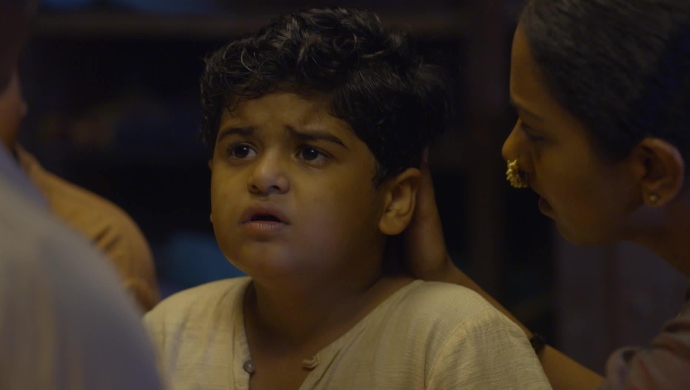 In tonight’s episode of Ek Mahanayak – Dr B. R. Ambedkar, when Anand is hogging savouries, Tulsa and Manjula crib to their mother that he doesn’t share food. Bhima Bai recalls how Anand used to gulp down two glasses of milk all by himself when younger. All of them are sharing quality time when suddenly, a terrified Bhim arrives at home. He wraps his arms around his mother and begins to sob!

Upon being asked why, he says that he will never tie a broom to his back or wear a pot around his neck. Ramji gets back from work and sits with Bhim to have a long conversation. The former says that getting scared is not an option. They have to gather people who are suffering similarly and raise a voice against baseless customs of caste discrimination. Bhim’s mind starts churning and runs into his room to ponder!

Pandit Gyani, who had advised the village men to do a yagya against Ramji’s family, now announces that Sonaar Seth is being released from jail the next day. At night, suddenly, Bhim wakes up screaming his father’s name. Ramji and Bhima Bai discover that Bhim saw Sonaar Seth and Mangesh (the tea-seller) forcing Ramji and himself to wear brooms and pots if they wished to go to school as they are untouchables!

In the nightmare, Ramji agrees to wear the brooms and pots and Bhim is terrified. Bhima Bai puts Bhim back to sleep and Ramji worries about him. When Ramji sets out for work in the morning, Bhim follows to check on him. He turns around to see that the village girl he had met was waiting for him. She says that from now onwards, Bhim and she are brother and sister. She ties a rakhi around his wrist and tells him to hide their new bond!

How To Deal With Bullies: A ‘Mentalhood’ Guide For Parents

You can also binge-watch your favourite &TV shows such as Gudiya Humari Sabhi Pe Bhari, now streaming on ZEE5!