In the next episode, Bhim is challenged by the goldsmith that if he loses the fight, he and his family will have to leave the village. 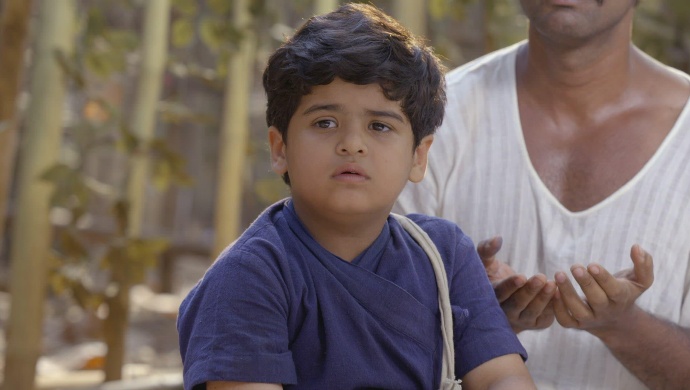 In the previous episode of Ek Mahanayak Dr B. R. Ambedkar, Bhim goes to the district magistrate’s office and requests the barrister to fight for Ramji’s release from jail. He initially refuses to help him but later says that Bhim will have to get a petition signed from the villagers in favour of Ramji. Bhima Bai starts crying because she has no hope that the villagers will help them. Bhim goes and asks Guruji to sign for him, and also requests him to call Pendse sir for help. Bhim also sends Bala and Anand to request the villagers to testify that Ramji has done nothing wrong. Then, they are chased off by the goldsmith and his group of locals who try to kill them.

In the next episode, the goldsmith threatens Bhim and says that the law lies only in the hands of the powerful. The goldsmith puts forth a condition that if Bhim loses the fight, he and his entire family will have to leave the village forever. Bhim tries to convince the villagers to become witnesses for Ramji, as they are also of the same caste. Another villager also helps him in spreading the word. But a man from the lower caste refuses Bhim’s request. If his own despise him, then who will help Bhim and Ramji?

To find out, keep watching all the episodes of Ek Mahanayak Dr B. R. Ambedkar streaming on ZEE5!