In tonight’s episode of Ek Mahanayak Dr. B. R. Ambedkar, Bala offers money to Bhim at school. Details inside. 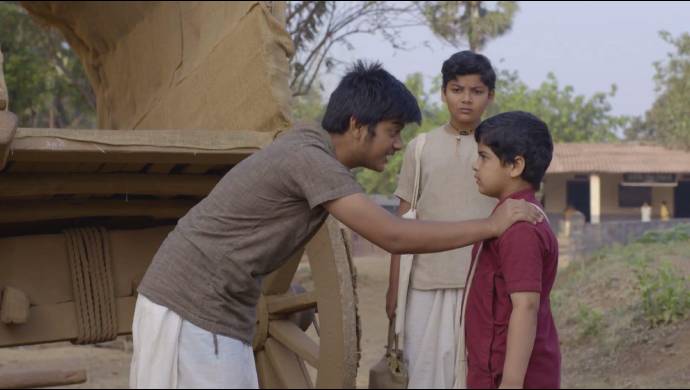 In the latest episode of Ek Mahanayak Dr. B. R. Ambedkar, Bhim offers food to Bala, who has run away from the house. When Bala refuses, Bhim says that although he (Bala) is angry with his parents, he shouldn’t be angry with Ganga didi. Bala says that now, he will return only when his parents try to understand him. After Bala leaves, we see Ramji getting concerned about his behaviour.

Bhim’s siblings accuse him of eating their share of food and chase him out of the house. Bhima Bai wonders whether Bhim has troubled them. Ramji tells her that Bala had come in yesterday, and therefore Bhim had shared food with him. Upon learning the truth, Bhima Bai defends Bhim and asks others to ask their sister Ganga, for the laddoos. On the other hand, we see Bala wondering about whom he should hand over his hard-earned money to. Realising that it’s time for Bhim to leave for school, he scampers off.

Meanwhile at Bhim’s house, Bhima Bai is consoling Ganga, and advising her on domestic affairs. Bhima Bai says that she will speak to Ganga’s husband regarding the same. Ganga then goes away, saying that she needs to deliver food to Bala. At school, we see Bala offering money to Bhim. Anand orders Bhim to not take money from Bala. Bhim, however, does the opposite. Ganga reunites with Bala and they both embrace. She orders him to eat his lunch. Ganga feeds Bala his favorite dish, even as tears roll down their eyes. Later in the episode, Bhim is ridiculed by his classmates for wanting to earn money.

In the upcoming episode, Bala learns about the goldsmith’s plan to separate him from his family. What will Bala do now? Find out in the next episode. Catch all the episodes of Ek Mahanayak Dr. B. R. Ambedkar on Zee5.