In tonight's episode, Anand with the help of Bhim exposes the goldsmith so that they could convince Bala to return home. Find out the details inside. 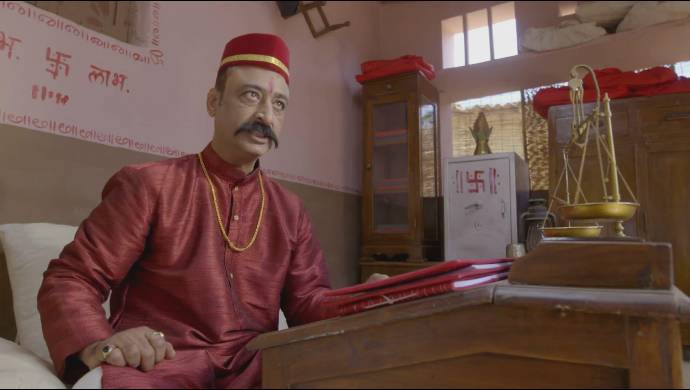 In tonight’s episode of Ek Mahanayak Dr. B. R. Ambedkar, Anand plans to bring out the goldsmith’s truth. He along with Bhim, tries to expose the goldsmith, so that Bala can return home. Then Bhim runs to Bala, and asks him to accompany him (Bhim). Bala wants the money back from Bhim. Bhim tells him that it is inside his school bag and asks Bala to return home. Bala replies saying that he has to go somewhere else first. Bala, Bhim, and Anand visit the goldsmith’s shop together. The goldsmith says it’s foolish of him to assume that Bala’s presence has turned the shop impure. Bala says that because the goldsmith lost to a child-like Bhim, he could not accept his weakness in front of people. The goldsmith angrily shoves all three of them away, and asks someone to bring water to purify his shop. Bhim, Bala, and Anand walk out, hand in hand. All of them exchange heated glances with the goldsmith.

Meanwhile, Bala loses his job in the band, after making the band leader furious. Bala apologises and pleads to get his job back. He is driven away from there too and is asked not to return ever again. Bala gloomily walks away. Later in the episode, Ramji is asked by his friend to not lose hope. Ramji, too, says that he will try to find a ray of hope in the darkness. They both then come across a crying Bala. They approach him, even as Bala wipes away his tears and puts up a straight face.

In the upcoming episode, we see Ramji telling Bala that he doesn’t have a place in his house for someone who plays an instrument. He orders Bala to go away. Bhim says that he will accompany his brother Bala. Will Bhim go against his father’s wishes? To find out, keep watching Ek Mahanayak Dr. B. R. Ambedkar on Zee5.

Valentine's Day 2020: 20 Songs That Remind You Of Love, Heartbreak And The Pain Of Parting