Encouraged by Bhim's revolutionary words, the lower caste men break the pots and burn the brooms they wear. But Anand and Puranjan end up in danger! 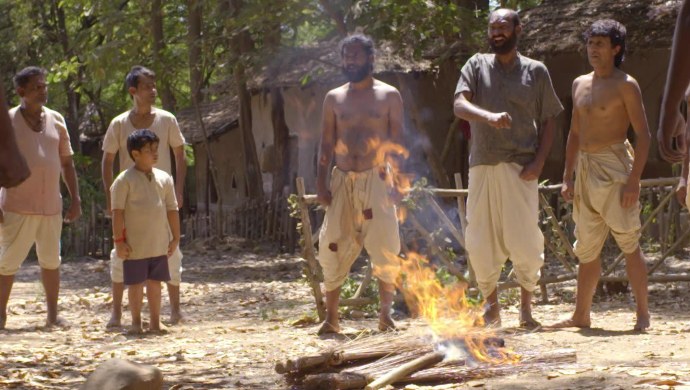 In tonight’s episode of Ek Mahanayak – Dr B. R. Ambedkar, when Bhim is not seen at home, Bhima Bai asks Anand to fetch him from the village. Tulsa, Manjula, and Bua are cooking for the day, when Bhima Bai wants to go for a walk. Bua offers to go with her if she waits for a few minutes, but Bhima Bai insists on going alone saying that Bua’s legs might be aching already. Anand and Bhima Bai both step out.

Anand sees the village girl who had tied a rakhi on Bhim’s wrist and asks her whether she saw his brother. She replies that Bhim went towards the road that leads to the city. While conversing, Anand sees Sonaar Seth ji and tea vendor Mangesh, who have been released from jail. He gets terrified and orders the girl to scram. Anand runs in the opposite direction when the men stop him to inquire about their conversation!

Bhim goes to the dwelling of the lower caste people and sees a bunch of pots lying together. His nightmare of Ramji wearing one flashes in front of his eyes. Picking up a bamboo stick, he smashes all the pots angrily until one of the men stops him. Bhim refuses to listen when they explain that they are compelled to follow the casteist customs. The men are encouraged to burn their brooms on Bhim’s strong appeal!

On the other hand, Seth ji and Pandit Gyani plan to break Ramji and Bhim’s courage. Pushing Anand against a tree, they catch hold of him and force a pot of the untouchables around his neck. Just then, Seth ji’s son Dhruv breaks the pot with a stone from a distance. Ramji’s helper Puranjan tells the boys to run away so that they can reach Bhim. While fighting, the men beat up Puranjan till he bleeds and faints!

Shraddha Arya, Arjun Bijalni And Other Celebs Who Observed Janta Curfew With…

Himani Shivpuri: Katori Is Unlike Any Other Mom-In-Law On TV, It’s a Dream…

Janta Curfew: No Day Like Today To Watch Veere Di Wedding, Streaming On ZEE5 For…

Don’t forget to get all the live updates on Coronavirus on ZEE5 News now!