In tonight's episode, Bhimrao comes home and informs his mother that he doesn't want to study anymore. 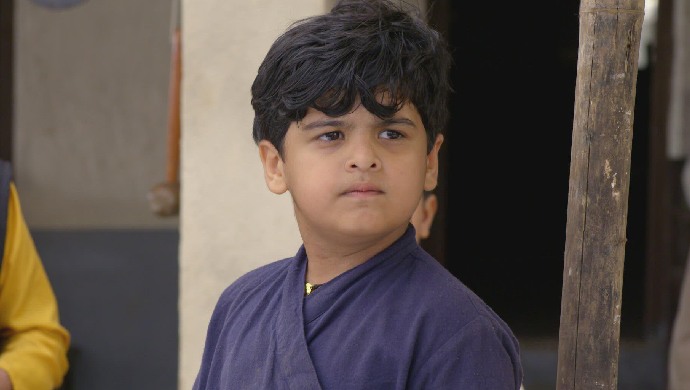 In tonight’s episode of Ek Mahanayak Dr. B.R. Ambedkar, the teacher asks students to solve a math problem that is written on the board. Bhima raises his hand to convey that he can solve the problem, but the teacher ignores him. After seeing that none is able to solve the math, he asks Bhimrao and the latter successfully solves it. Instead of appreciating Bhimrao, the teacher asks the peon to wipe out the board and wash it.

Watch the full episode of the show here:

Later, Bhimrao feels thirsty after eating a piece of spicy chilli but the peon of the school stops him from touching the glass. Just then another teacher from the school comes there and tells the peon to give water to Bhimrao. He then asks Bhimrao to bend down and sit on his knees as he begins to pour water from a height. The teacher feels bad for Bhimrao but he cannot do anything about it as the society would outcast him if he tries to go out of his way and help him.

Meanwhile, Ramji is having a hard time finding a new job because of his caste. He gets appointed for jobs, but after knowing about his caste, people refuse to let him continue. Later that day, Bhimrao comes home and tells his mother that he doesn’t want to study anymore. Upon asking the reason, he tells her about all the incidents that happened in the school. Ramji comes home, and after listening to this conversation, he holds Bhimrao’s hand and takes him to a farm. After reaching there, he asks Bhimrao to go and stand at a distance.

In the preview of the next episode, a barber refuses to cut Bhimrao’s hair saying that he cannot do it because he belongs to a lower caste. Later, the same barber is seen cutting the tail hair of a buffalo. Seeing this, Bhimrao gets furious and asks his father about his caste.

What do you think will happen next? Let us know your thoughts in the comments below.