In tonight's episode, Bhim's barrister suddenly shows up and fights Ramji's case. Finding him innocent, the court releases him from jail. Read more! 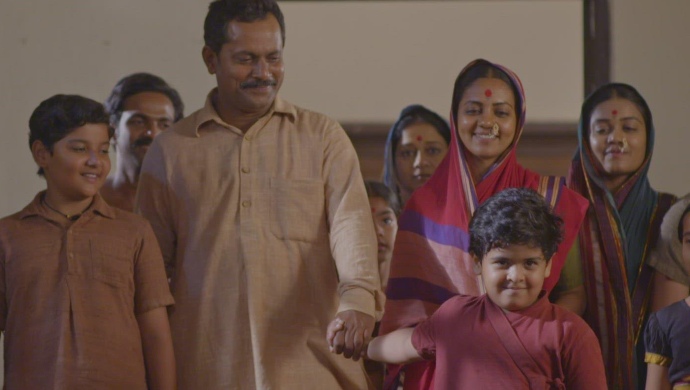 In tonight’s episode of Ek Mahanayak – Dr B. R. Ambedkar, Bhim walks back to court and announces that the barrister has refused to come. Bhima Bai cries when she learns that there is no witness either. But Bhim claims that Ramji is not guilty, before the judge. He also says that if punished, the entire Sakpal should face the consequences too, because all of them had cremated the woman’s body. When the judge is about to announce his verdict, Bhim’s barrister shows up and apologises to the court. He says that he was threatened and scared, but now he will fight the case. He calls the woman’s husband, who had banished her from his house, and questions him. He then interrogates the police captain as well, who did not file any complaint when Ramji had come to do so.

Despite repeated objections, the barrister’s reasonable arguments prove that Ramji did nothing wrong by choosing humanity over religion and caste. If Ramji wouldn’t perform the woman’s last rites, her body would be left to decay. The barrister praises Bhim, who opened his eyes and helped him stand with the truth. The judge declares Ramji as innocent and releases him from police custody. He also orders the officials to investigate the real criminals. Ramji’s family members hug each other and cry happy tears. The village goldsmith threatens Ramji for taking revenge again, but Ramji is not scared one bit. Bhim’s Guruji apologises to him for not doing his best to help him. Ramji Sakpal, Bhima Bai and all their children, including Bhim, hold hands and walk out of the court smiling and victorious. But the fight is not over yet.

The Rise And Rise Of Shahid Kapoor; We Trace The Career Graph Of The Birthday…